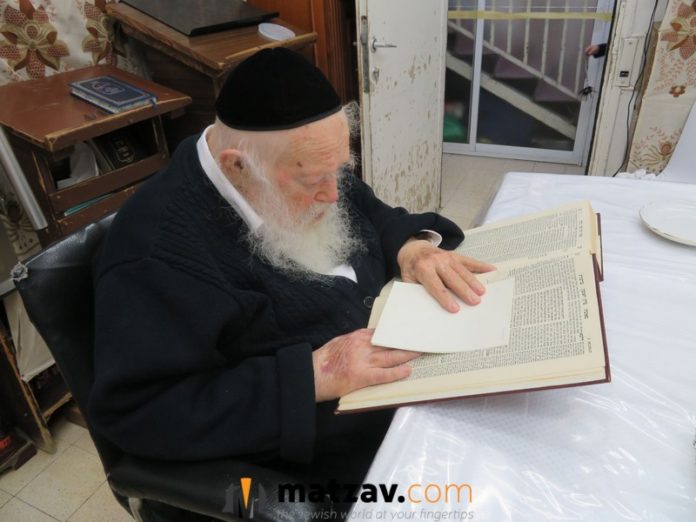 Rav Chaim Kanievsky opposes Jews living in West Bank settlements on the grounds that it is a provocation to Arabs, his grandson has said, according to a report from the Kan public broadcaster.

Yaakov (Yanki) Kanievsky, who acts as a spokesman and surrogate for his grandfather Rav Chaim Kanievsky, widely acknowledged as the preeminent gadol hador, made the revelation during private conversations in which he discussed the possibility of charedi parties joining the governing coalition. Rav Chaim is the spiritual leader of the United Torah Judaism party, which followed former prime minister Benjamin Netanyahu into the opposition.

Talking with an unidentified person, he was asked if the charedim would join the coalition, a collection of left-wing, centrist, and right-wing parties, along with one Islamist faction, that ended Netanyahu’s more than 12 years in office. During that time, the charedi parties were Netanyahu’s staunch allies.

“We would need to see what the offer is, what they are prepared to do,” he said. “Let them talk about it.”

Listen: The Daily Tefila4Life Shiur On Matzav.com: Where is Moshiach?