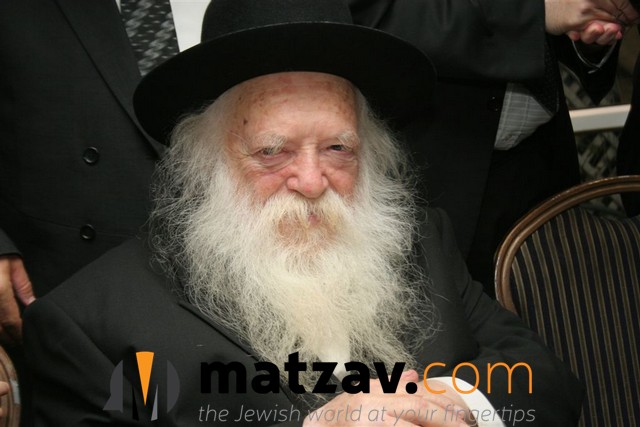 The Divrei Siach brochure, which regularly publicizes stories of Rav Chaim Kanievsky and his chiddushei Torah, reported a story particularly relevant for Sefiras Ha’omer, when twenty-four thousand talmidim of Rabi Akiva died for not honoring one another sufficiently.

Rav Chaim was writing chiddushei Torah in a notebook lying open upon some seforim he was perusing, when a father came in with some of his children to ask for a brocha and advice. After a few minutes, Rav Chaim raised his eyes from his learning and addressed the father’s requests. Just before the father left, one of his children inadvertently spilled a nearby drink, soaking the notebook and the seforim beneath it.

Rav Chaim immediately noticed what had happened but didn’t say a word. He waited for the family to leave. Only then did he ask his family to rescue the seforim from the water and try to dry them out. Unlike some who may have involuntarily rebuked the child responsible for the mess, Rav Chaim fulfilled the posuk, “Do not be quickly provoked to anger, for anger resides in the lap of fools” (Koheles 7:9).