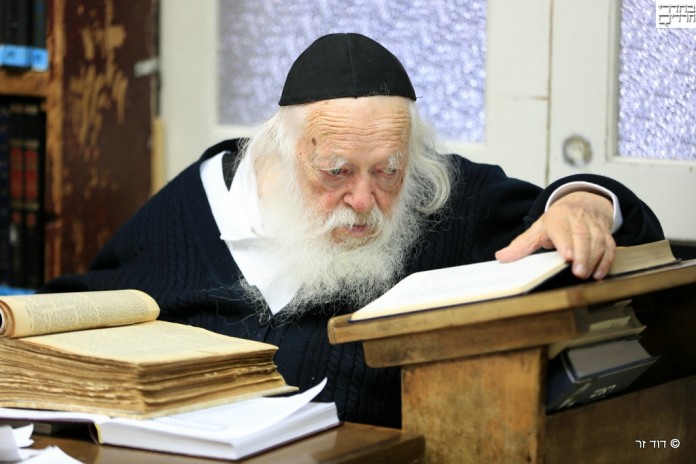 In honor of his wedding earlier this week, Yaakov Cohen, a devoted gabbai of Rav Chaim Kanievsky, published a sefer called “Peninei Siach,” containing responses from Rav Chaim to questions on various issues. Among the questions asked was whether it is permissible for a Sefardi to change his name to an Ashkenazi name for the sake of chinuch.

Rav Chaim was asked: “A man’s last name is a Sefardi one and, therefore, the director of the local cheder would not accept the man’s sons into his school. The man knows that if he changes his name to an Ashkenazi surname, the cheder would likely take him in. Is this considered deceiving the school?” Rav Chaim replied: “It’s not cheating. The main thing is for the child to be accepted into the cheder.”

The sefer contains hundreds of shailos uteshuvos written over the years by the chosson, who married a daughter of Rav Yitzchok Viesel.