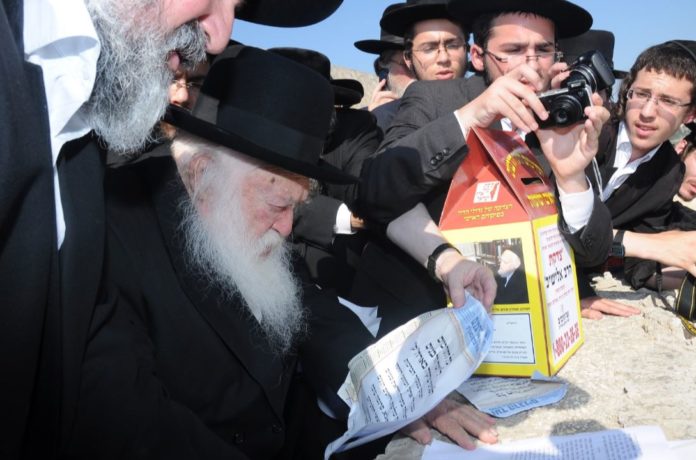 This Monday will be the yahrzeit of beloved Gadol & Torah giant, Rav Yosef Shalom Elyashiv zt”l.

Shockwaves were sent through the global Jewish community when Rav Elyashiv passed away 8 years ago. To this day, many flock to his gravesite to pay their respects.

Rav Kanievsky will continue his yearly tradition of visiting Rav Elyashiv’s grave on the day of his yahrzeit. As usual, the Rav will be followed by a group of spectators, there to guard his safety as well as those who are simply curious to get a glimpse. Rav Kanievsky being seen outdoors is a rarity, especially during the pandemic.

In addition to honoring Rav Elyashiv, Rav Kanievsky comes to the cemetery with a singular goal in mind: Saving the lives of those who are suffering in poverty.

It was Rav Elyashiv’s personal request that Klal Yisroel should continue to give their tzedaka to Vaad HaRabbanim, the organization which sprang from his vision to help the impoverished families of Israel. Since its founding Vaad HaRabbanim has risen to worldwide recognition. Though Rav Elyashiv has left this world, his legacy lives on, both in the Torah he gave over, and in the massive network of Jews on both the giving & receiving end of Vaad’s international networks. To those who join in this worthy cause the Rav extended his bracha of “bney, chaeye o’mezoney” – children, life and parnassah.

In these turbulent times, this blessing is as needed as ever.

Those who wish to add their names to Rav Chaim Kanievsky’s prayer list, to be prayed for on Monday at the gravesite of Rav Elyashiv, can do so here for a limited time. All proceeds go to Vaad Harabbanim’s fund for families in need. 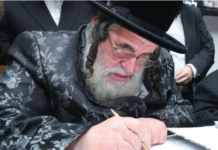