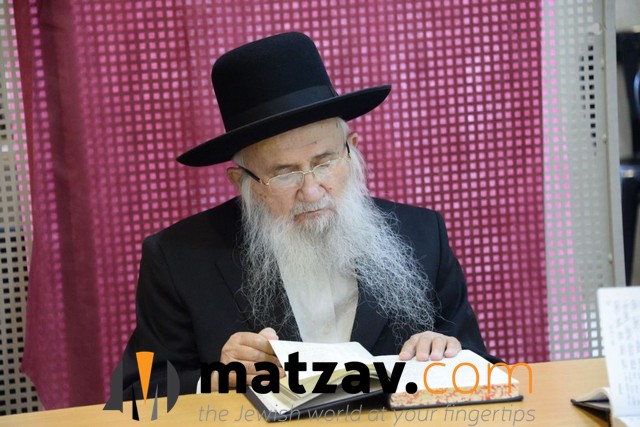 Rav Dov Yoffe, mashgiach of Yeshiva Knesses Chizkiyahu in Kfar Chassidim and one of Eretz Yisroel’s senior gedolei Torah and mechanchim, is in need of rachamei Shomayim. Rav Yoffe, who has experienced various medical challenges over the last year, is now in critical condition. He has been placed in a medically induced coma as doctors labor to stabilize him.

The mashgiach – known as the “zekan hamashgichim” of our generation – is under close observation at Laniado Hospital in Netanya, where doctors are very concerned about his condition.

Over four decades ago, Yeshiva Knesses Chizkiyahu’s legendary rosh yeshiva, Rav Elya Lopian zt”l, sang “Ohr Zorua Latzaddik” in honor of Rav Yoffe, who was many decades his junior. Rav Yoffe has since impacted the Torah world with his Torah, hashkafah, wise counsel and living example of avodas Hashem.

All are asked to daven for Rav Dov ben Tovah Gittel.