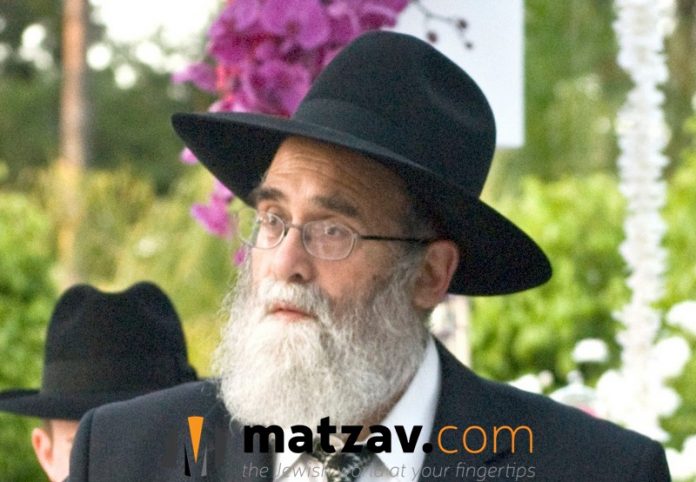 It is with great sadness that Matzav.com reports the sudden and tragic passing of Rav Dovid Grossman zt”l, a noted marbitz Torah and maggid shiur who resided in Los Angeles.

Rav Grossman passed away following a motor vehicle accident this morning on the West Shore Expressway in Staten Island, New York, shortly after 4 a.m. He was transported to nearby Richmond University Medical Center, where he passed away.

Rav Grossman learned during his formative years at the Philadelphia Yeshiva, under Rav Shmuel Kamenetsky and Rav Elya Svei. He then briefly learned at the Novardok Yeshiva in France, before joining Yeshivas Mir in Yerushalayim, where he studied under Rav Chaim Shmulevitz.

While learning in Yerushalayim, Rav Grossman became close to Rav Meir Soloveitchik, son of the Brisker Rov, Rav Yitzchok Zev Soloveitchik, and acquired much of the Brisker derech in learning, which he fused with the derech he learned in the Mir, creating a unique synthesis that he passed on to his thousands of talmidim and shiur listeners over the years.

While in Eretz Yisroel, Rav Grossman met his wife, Rachel, who today is the principal of Valley Torah High School’s girl division in Valley Village, California.

After returning to America, Rav Grossman learned at Bais Medrash Govoah for seven years before becoming one of the founding members of the Lakewood Kollel in Los Angeles in 1975.

In 1981, Rav Grossman helped start Yeshiva Gedolah of Los Angeles, where he served as the twelfth grade maggid shiur until 2008.

Concurrent with his position as a maggid shiur at Yeshiva Gedolah, he opened a post-high school bais medrash in Los Angeles for working young adults and college students, becoming rosh yeshiva of Yeshivas Hachaim.

Rav Grossman was renowned for his Daf Yomi shiurim, and his recordings on every daf of Shas are available at dafyomi.org. These Daf Yomi shiurim were delivered between 1985 and 1992 in Los Angeles. Rav Grossman finished Shas many times and was known as a boki in many areas of Torah. His clarity and lucidity made his shiurim so unique, and his warm and caring personality endeared him to one and all. His sudden passing has plunged his talmidim and many admirers into mourning.