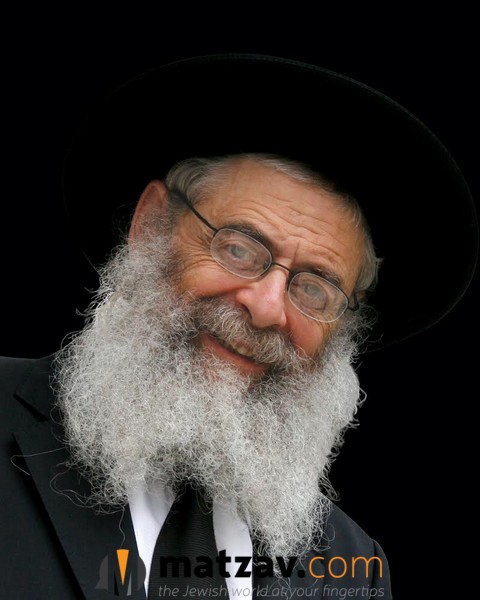 It is with great sadness that Matzav.com reports the passing of Rav Menachem Yechiel Dovid Trenk zt”l, rosh yeshiva of Yeshiva Moreshes Yehoshua of Lakewood, NJ. He was 77 years old.

“Larger than life,” “a legend,” “pure heart” and “the real thing” are just some of the many ways Rav Trenk is remembered by talmidim and admirers worldwide.

Rav Trenk was an energetic, inspiring, superhuman oveid Hashem and mechanech who shaped so many lives and saved so many souls in ways that one cannot begin to fathom.

A son of Rabbi and Mrs. Avrohom Yehoshua Heshel (Shea) and Basheva Trenk, Rav Dovid was a devoted talmid of Mirrer Yeshiva in Brooklyn, where he grew close to the roshei yeshiva and rabbeim. Later, he used his love for people, his remarkable yiras Shomayim, and his chinuch talents at Adelphia Yeshiva, his own yeshiva Moreshes Yehoshua, Camp Munk, and wherever he found himself.

Many lovingly called him “rebbi,” and the enormous adoration everyone shared for him is impossible to put into words.

If you ever witnessed Rav Trenk enthusiastically interact with people, you became a changed person. He treated every person with the same boundless love and affection, a love born out of his association with his rebbi, the Kapytschnitzer Rebbe zt”l, who influenced him in his youth.

Rav Trenk was the original trailblazer in chinuch. Decades before there was an Our Place, Minyan Shelanu, The Living Room, Waterbury Yeshiva, and other such mosdos, Rav Dovid was out on the front lines, recruiting and inspiring boys, often those shunned or disappointed by others or society.

He demonstrated unconditional support, encouragement, understanding and ‎love that created a unique connection and bond with Hashem, his Torah and Klal Yisroel. That was “the Trenk method.”

Rav Dovid  looked for the talent and kishronos in each child and found a way to build up his self-esteem.

Some would say that Rav Trenk was the greatest flight instructor in history, for he made everyone believe that they could fly.

The following words are adapted by Matzav.com from a tribute by a talmid, Rabbi Yechiel Spero:

Every child has different needs, and great teachers are able to accommodate their students. They may not always have the answers, but love for a student overrides all else.

A dormitory counselor was frustrated with the behavior of the boys in his charge, and he decided that he had had enough. When he went to hand in his resignation, the rosh yeshiva asked him what he was planning on doing instead. He responded that his grandfather had been a sofer, and he planned to follow in his footsteps.

The rosh yeshiva complimented him on his choice, but then he told him that there is one difference between the two jobs. A sofer, even if he is writing Sifrei Torah, is writing on parchment – dead animal skin. But a teacher writes on the hearts of Jewish children, an imprint that will last forever.

The boy stayed on as a dorm counselor and went on to become a great rebbi.

No story describes you better, Reb Dovid. You have left your indelible mark on the hearts of thousands. You have given them a reason to believe in themselves, thus writing on countless hearts. Sensing the needs of every talmid, you set aside your own kavod and give the young man your heart and soul, for nothing is beneath your dignity.

If they needed a teacher, you taught them.

If they needed mussar, you chided them.

But most of all, if they needed a friend, you befriended them – and loved them.

And that is something they will never forget.

While it is remarkable that you have educated talmidim for 50 years, even more remarkable is the manner in which you educated them. Your 50 years are different from most. You never asked for the best or brightest; you did not feel that was your calling.

Instead, you delved into the depths of the Yiddishe neshamah.  Where others saw imperfection, you perceived beauty. Where others found weakness, you uncovered strength. Where others noticed only failure, you discovered triumph.

And that is what makes you so beloved in the eyes of so many, but, most of all, in the eyes of the Ribbono Shel Olam. In you, the Melamed Torah Le’amo Yisroel sees a non-judgmental, loving melamed, the quintessential rebbi, who has never and will never quit on a talmid. Your warm and loving embrace engulfs the child inside us all. Your unfailing efforts and burning desire to see the goodness in others humbles the greatest educators. And every time you refused to give up, we were able to see the beauty you perceived inside us. That’s why we treasure the opportunity to be called your talmidim.

Gleaning from the guidance of your rabbeim, Rav Kalmanowitz and Rav Shmuel Brudny, you quickly transformed what they invested in you into a peerless warmth, connecting to the next generation and the generation after that. And now, 50 years later, you continue to teach and inspire the ainiklach of your first talmidim.

The talmidim of Moreshes Yehoshua are the latest links in a legacy of talmidim who owe their lives to you. Today, they look like great success stories. But where would they be without you? Their families, until the end of time, owe you a debt that cannot be repaid.

Aside from the time spent in the classroom, you have influenced talmidim in camp, as well. Over the summers of the past half a century in Camp Munk, your ability to connect has reached even the most challenging neshamos, who respond to your purity and approachability, forming an eternal bond.

In truth, I came along quite late in the game. It wasn’t until I wrote my first book that I had the privilege of meeting you. But immediately, you acquired me as one of your countless admirers and talmidim. Your effusive praise can only be taken seriously because it comes from you. No one else can possibly put such genuineness into a compliment. Stemming from the expansiveness of your neshamah, you somehow manage to find the right emotion for everyone. A gaon in hergesh, you have touched our lives more than we ever thought possible.

The Ramak, quoted by Rav Yaakov Meir Schechter, writes that if not for the sin of Adam Harishon, Shlomo Hamelech would have written Shir Hashirim in another manner. Instead of using a parable of a husband and wife to represent our relationship with the Al-mighty, he would have written of the love between a rebbi and a talmid, for that is the greatest love that exists.

Reb Dovid, you have proved it.

So, on behalf of your talmidim of the past 50 years, we say thank you. Thank you for showing the world what a rebbi is meant to be.

The levayah will be held Monday morning, at 10:30, at Khal Zichron Yaakov, located at 175 Sunset Road in Lakewood, NJ. Kevurah will follow at Mount Lebanon Cemetery/Forest Lawn, located at 189 Gill Lane in Iselin, NJ. 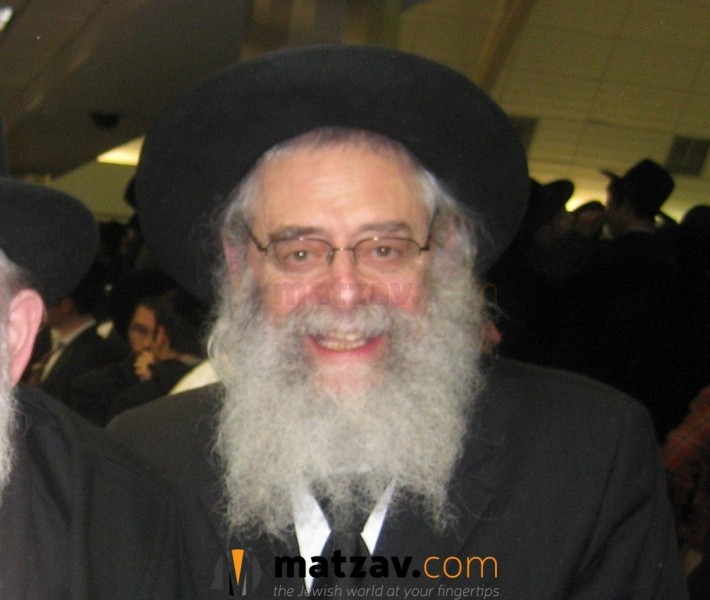 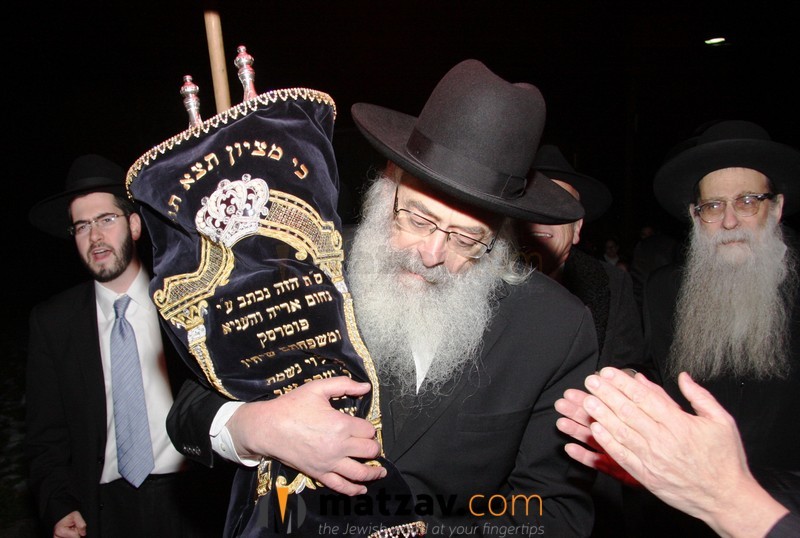 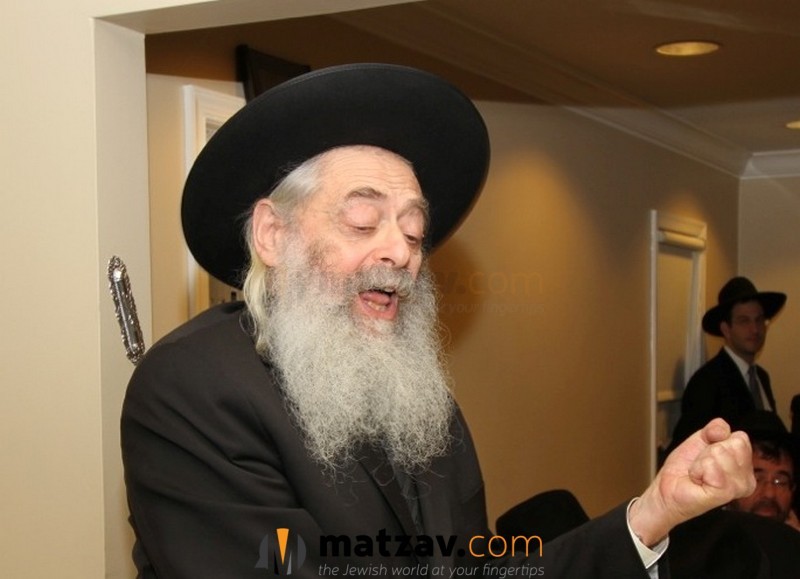 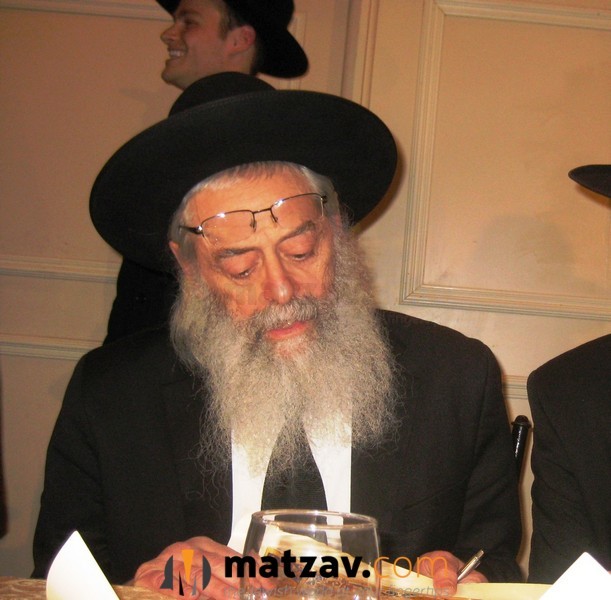 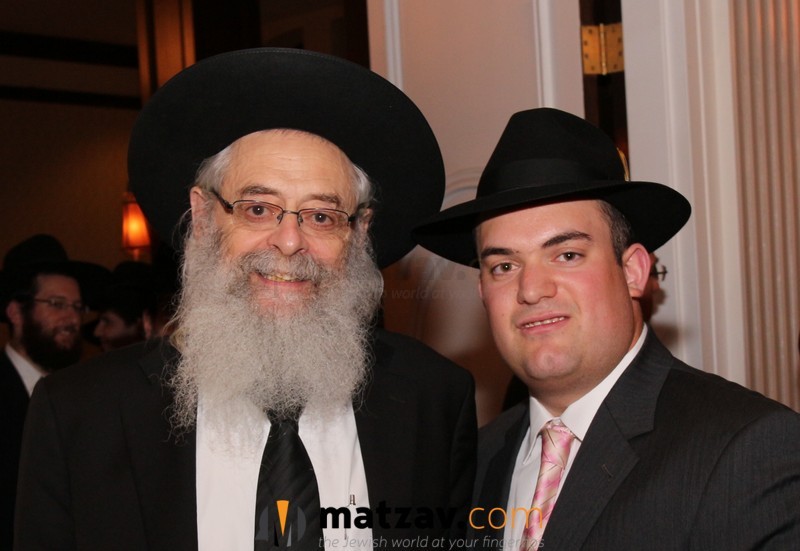 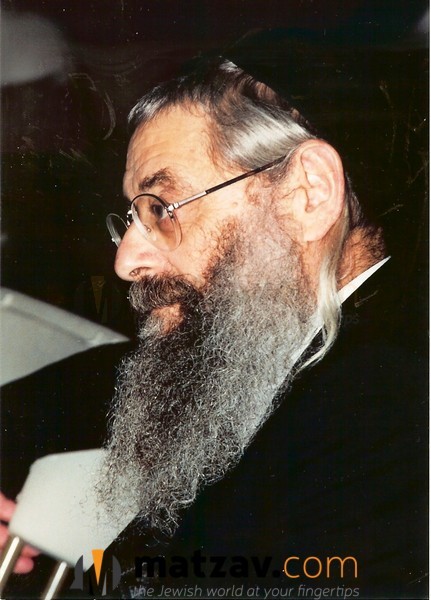 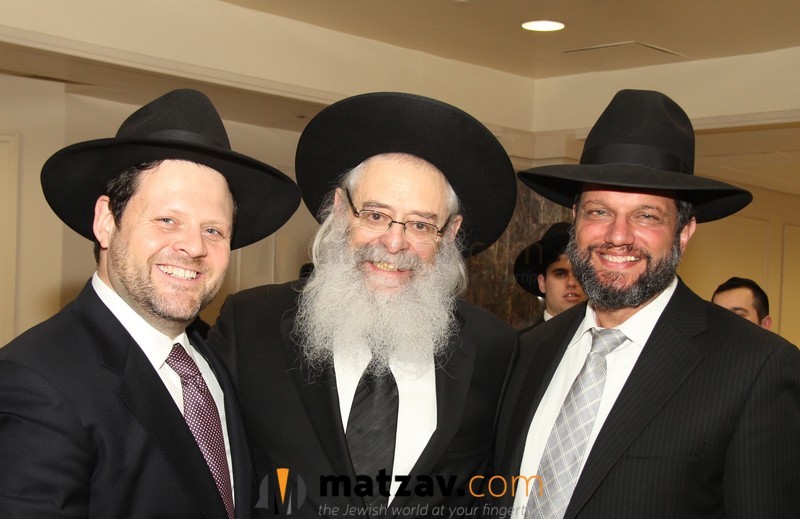 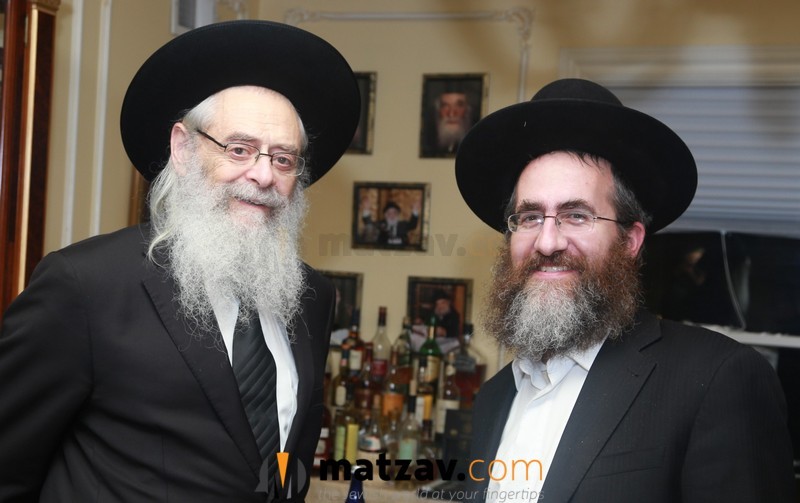 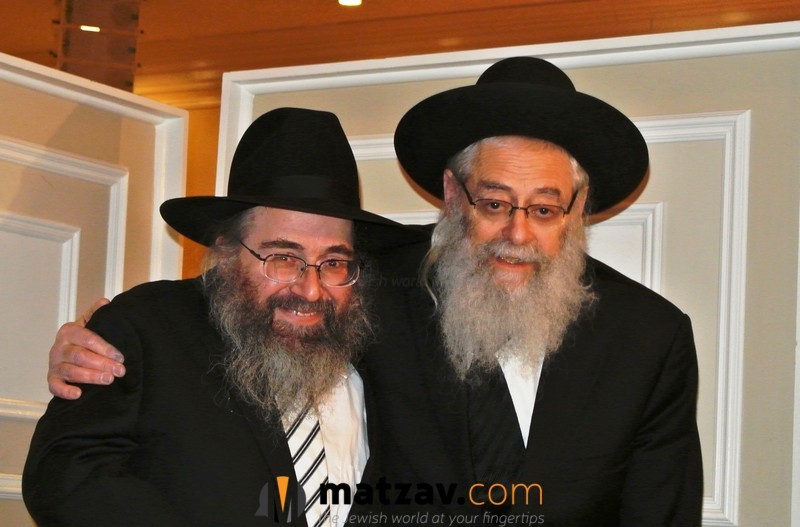 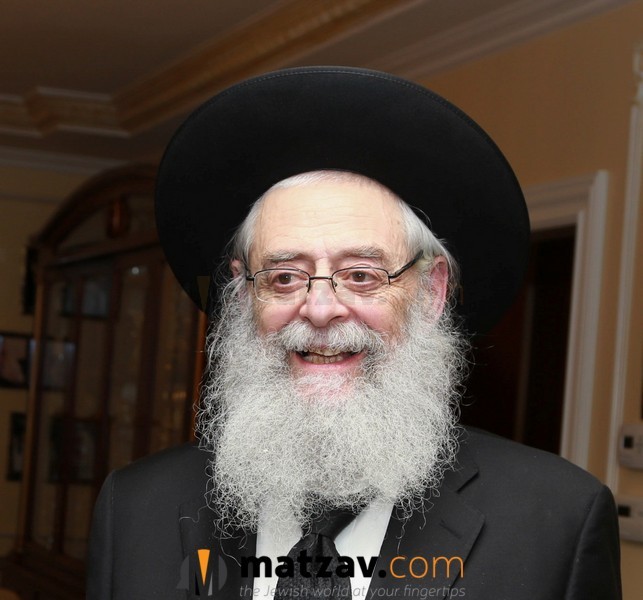 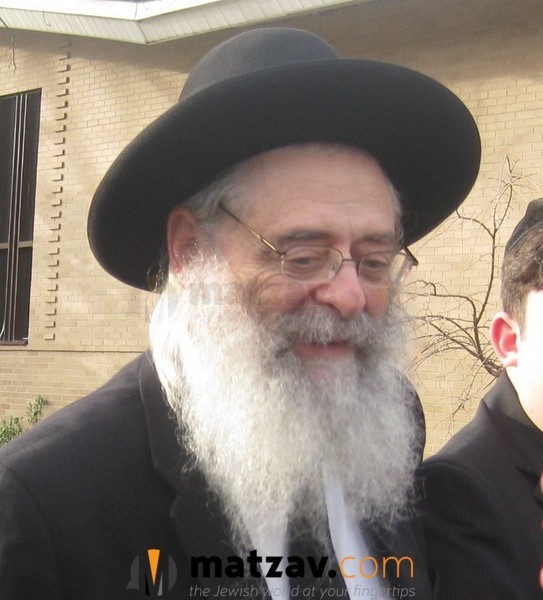 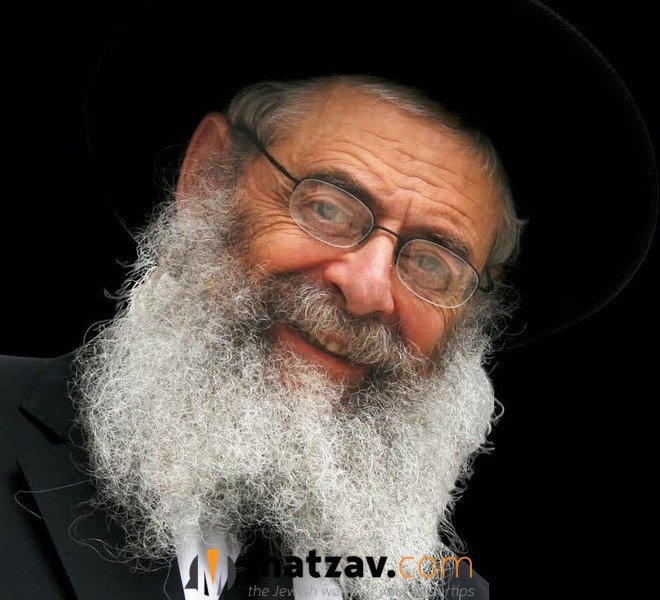 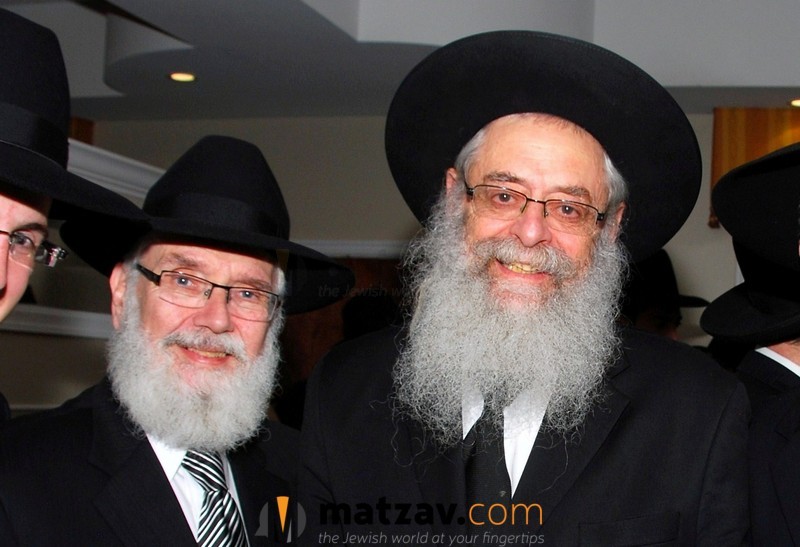 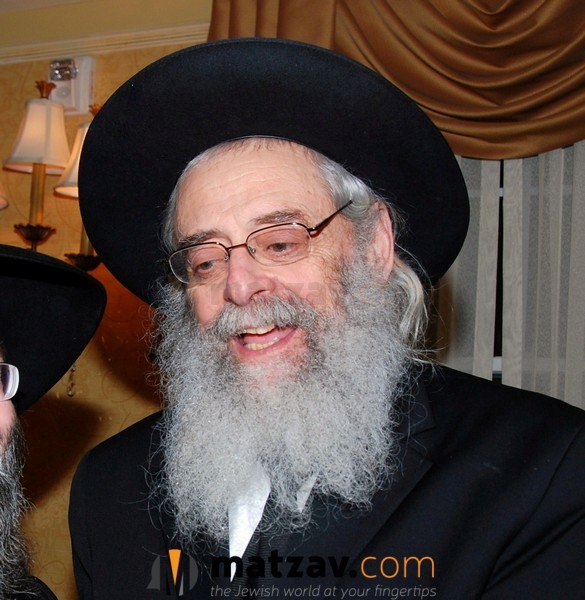 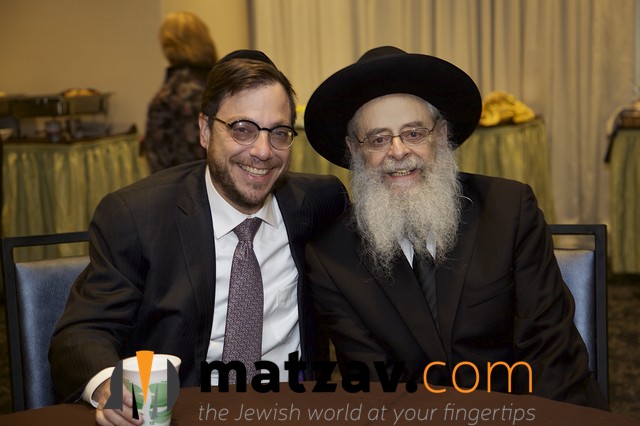