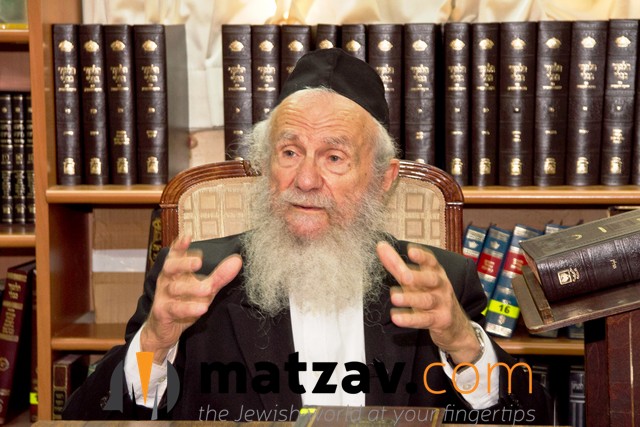 Rav Yaakov Edelstein, rov of Ramat Hasharon, wrote a letter stating that he was shocked to hear that a cheder rebbi told his pupils that former Prime Minister David Ben Gurion was worse than Hitler because Ben Gurion destroyed Jews’ souls, while Hitler only destroyed their bodies.

Rav Edelstein noted that it is indeed said in the name of the Chazon Ish that “There was a Holocaust in Europe and there was also a Holocaust in Eretz Yisroel where hundreds of thousands of innocent Jews from Asian and African countries drank the cup of bitterness because of the government in the first years of the state, and left the religion of Moshe and Yisroel in a spiritual Holocaust.”

Nonetheless, Rav Edelstein maintained, the Chazon Ish was writing of those who were harmed. But regarding the Jews who harmed them, it is obvious that Hashem loves even Jewish transgressors. Rav Edelstein cited three sources to prove this concept including Rabi Yehuda’s statement (Kiddushin 36a) that Jews are called sons of Hashem even when they do not behave like sons.

Rav Moshe Sternbuch, ga’avad of the Eidah Hachareidis, disagreed with Rav Edelstein’s opinion. He supported his view with Dovid Hamelech’s statement (Tehillim 139:21-22), “I hate those who hate you, Hashem, and I fight those who fight You. I hate them with extreme hate, they were enemies to me.”