From a purely religious perspective, a shomrei Torah umitzvos should not cross the threshold of the Knesset building in Givat Ram, Yerushalayim, not even for tzorchei tzibbur, and not even to serve as a Knesset member representing the chareidi world and fighting against those who antagonize the chareidi world.

That statement was made Tuesday night by Maran Rav Yosef Shalom Elyashiv during his daily shiur at his bais medrash. Rav Elyashiv stated that the Knesset is a bais minus, a place of heresy, and thus all the halachos regarding places of apikorsus applies there as well.

Tuesday night, Rav Elyashiv’s shiur dealt with the issur of entering botei minus, places of heresy, and the general issue of avodah zarah. During the course of Rav Elyashiv’s analysis of the sugyah, he discussed the ramifications of the issur. Quoting the words of the Gemara, Rav Elyashiv said that in certain situations it is permitted to enter places of apikorsus in order to debate with nonbelievers and apikorsim.

One participant in the shiur asked whether this would apply to chareidi Knesset representation.

“Is this a limud ledoros? After all, even the chareidi MKs enter the Knesset, which is a bais minus. They are going to debate them and respond to them as they battle against the Torah,” asked the questioner.

“In the Knesset, there are heretics who work to battle against the Torah. The Knesset members thus enter there to fight back to defeat their arguments and laws [against the Torah way of life]” asked the questioner.

“Do they accomplish anything by doing so?” asked Rav Elyashiv.

“They try to be helpful and accomplish,” said the questioner.

“Then let them stay home and try to help from there,” said Rav Elyashiv.

This comment from the posek hador would seem to fly in the face of the precedent to allow chareidim to serve as members of Knesset to accomplish what they can on behalf of Torah Jewry.

Now, for some fifty years, according to the comments of Rav Elyashiv, it would appear that the achievements in the Knesset by chareidi MKs do not justify the serious halachic problem involved with entering a bais minus.

According to sources, chareidi MKS were surprised by the p’sak and sought to confirm it.

It is not yet clear if Rav Elyashiv’s statement was meant as halacha pesukah for Degel Hatorah representatives to follow or if it was merely part of his analysis and discussion of the sugyah at the shiur.

The next time the chareidi Knesset members visit Rav Elyashiv at his home on Rechov Chanan, it is expected that they will ask him for clarification and whether what he said is a p’sak halacha. 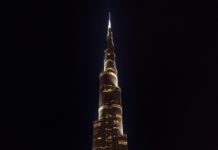 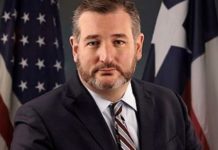 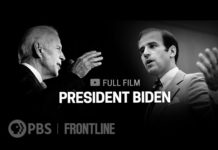