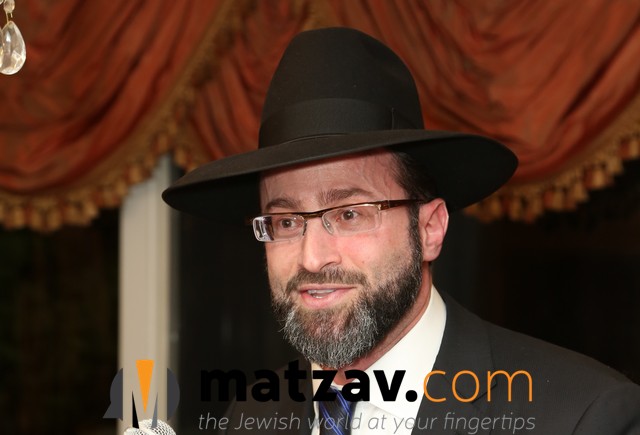 This past Shabbos, Parshas Vayishlach, Rav Eytan Feiner, rov of Cong. Knesseth Israel, the White Shul, in Far Rockaway, spoke about the Orthodox Union’s non-response to Open Orthodoxy and the havoc that Open Orthodoxy is wreaking on Yiddishkeit.

Rav Feiner said that he is willing to break the White Shul’s OU affiliation if the OU continues to be non-responsive on this important matter.

The OU has continued allowing Open Orthodoxy synagogues to remain as members of its umbrella organization.

His comments come on the heels of two Open Orthodox shuls wishing mazel tov to people who underwent unconventional marriage ceremonies. Congregation B’nai David-Judea of Los Angeles is led by a male Open Orthodox rabbi, Yosef Kanefesky, and a female “rabbanit,” Alissa Thomas-Newborn, the latter of whom was given semicha at Avi Weiss’ Yeshivat Maharat. B’nai David-Judea’s weekly bulletin for Shabbos Parshas Vayeira, 2017, wished mazel tov upon the birth of a baby to a couple who have an unconventional marriage.

Then, Hebrew Institute of Riverdale (HIR) wished mazel tov for another such unconventional wedding, as featured in the HIR weekly bulletin of Shabbos Parshas Vayeira, 2017. The regular clergy at HIR, the Open Orthodox congregation founded by Avi Weiss, who is now semi-retired and is currently listed as “rabbi-in-residence,” are two males who were ordained by Weiss at his Open Orthodox seminary, Yeshivat Chovevei Torah (YCT), and by two females who were ordained at his Yeshivat Maharat.