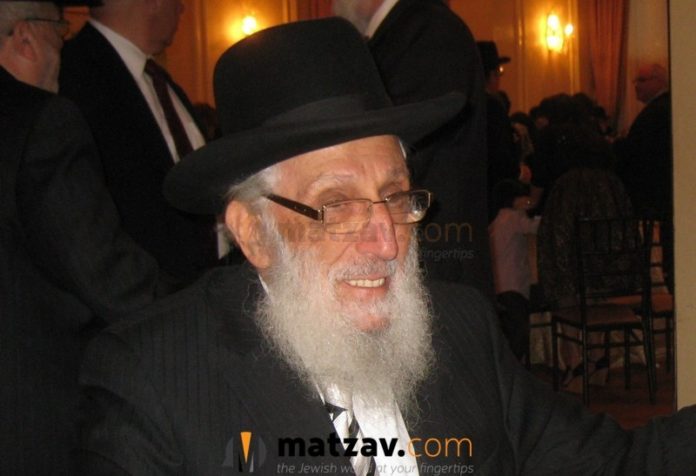 It is with great sadness that Matzav.com reports the passing of Rav Henoch Cohen zt”l, longtime leader of Chinuch Atzmai.

Rav Henoch spent decades working with gedolei Yisroel, led by Rav Aharon Kotler, in the battle for the souls, faith and religiosity of Jewish children in the Holy Land.

Rav Henoch was a treasure trove of enthralling stories about the painstaking efforts and labor that the gedolei Yisroel, who carried on their shoulders the immense responsibility of guarding pure Yiddishe chinuch, invested in this sacred task.

Alongside these gedolim and tzaddikim, there was a long line of enthusiastic and dedicated activists who dedicated their lives for the community and for the individual. But without a doubt, the central and dominant figure in this whole operation was Rav Henoch.

Survivors of the Holocaust began arriving in Eretz Yisroel at the same time as the huge aliyahs from the Eastern countries began to come in, and it was obvious that there was a need to act quickly and with absolute determination to save their children for Torah and Judaism, for on the other side, the secular parties were doing everything in their power to bring the children under their influence.The government put up enormous obstacles, including a complex bureaucracy.

The burden of founding Chinuch Atzmai fell on the shoulders of Rav Aharon Kotler, who felt a tremendous sense of responsibility for what was happening in Eretz Hakodesh. To this end, he enlisted the aid of the Kapytshnitzer Rebbe, Rav Moshe Feinstein, philanthropists, community activists, and anyone who was able to help, for this sacred task.

And he also brought in Rav Henoch Cohen.

He asked Rav Henoch to come and help out for a short time, but those few months turned out to be more than 50 years. During that time, Rav Henoch did everything. Rav Henoch took Rav Aharon wherever he asked to go and Rav Henoch collected large amounts of money and sent it to Israel.

In those days, Rav Cohen was a talmid at Yeshivas Torah Vodaas. The rosh yeshiva, Rav Gedaliah Schorr, asked Rav Henoch to go to California with Rav Simcha Wasserman and establish a Torah center there. He chose ten bochurim, ten of his foremost talmidim, and sent them there. Rav Henoch was asked by his rosh yeshiva to organize the opening of the mesivta and that is how Yeshiva Or Elchonon was set up in California.

Rav Henoch was still a bochur, but when the rosh yeshiva appointed him for that sacred mission, he took it upon myself. Rav Henoch opened the mesivta with 14 bar-mitzvah-age boys and Rav Henoch taught them Gemara. Rav Henoch was there for two and a half years, and it was just before Pesach when Rav Henoch went home to New York. His mother asked his to stay in town until Elul for shidduch purposes, because in those days the journey from New York to California was very long.

The dinner was supposed to take place a few days after Sukkos, but in the end it was delayed and was held in Teves, 5716. But for Rav Henoch, the “delay” went on for a good many years more — which turned into a yovel.

From then until his last years, Rav Henoch carried the massive burden of responsibility as director and representative of Chinuch Atzmai in America, a role he filled with great dedication as well as with enormous success.

From that first dinner, the system of collecting donations for Chinuch Atzmai moved into high gear. Whereas in those days they might send ten thousand dollars a month to enable the teachers and rabbeim to be paid, it was not long before the scope of the aid and donations took on very significant proportions.

The entire burden of raising those dollars that were sent to Israel every month was on Rav Aharon’s shoulders and Rav Henoch was his right hand, his dedicated emissary.

Rav Henoch accrued tremendous zechusim throughout his lifetime, and he goes to the Olam Ha’emes with the Torah and mitzvos of thousands of Jewish children to his credit. 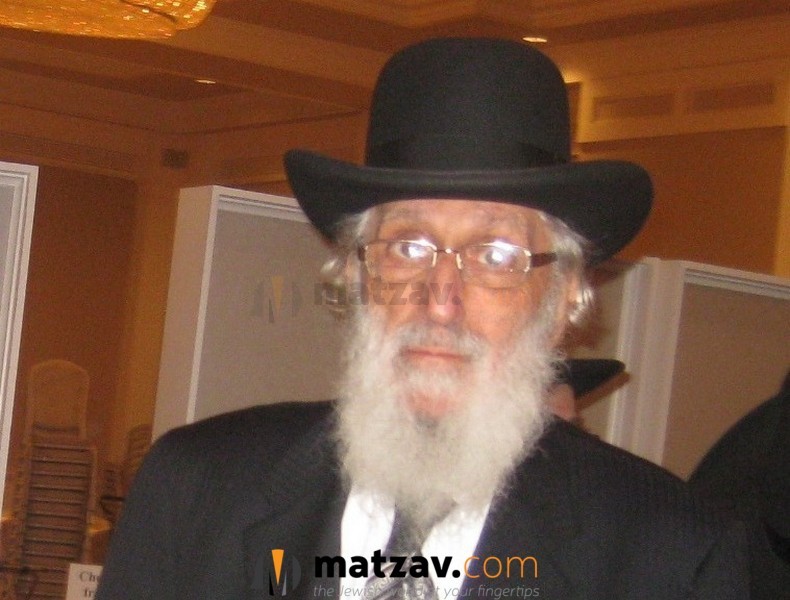 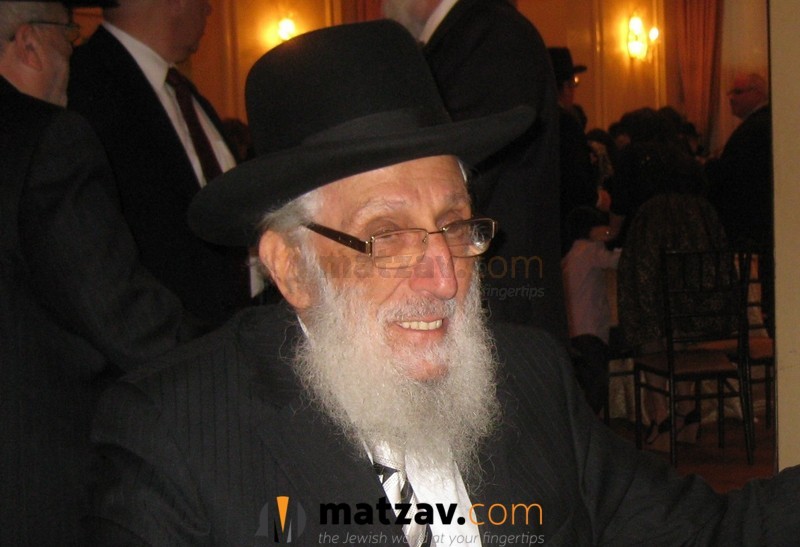 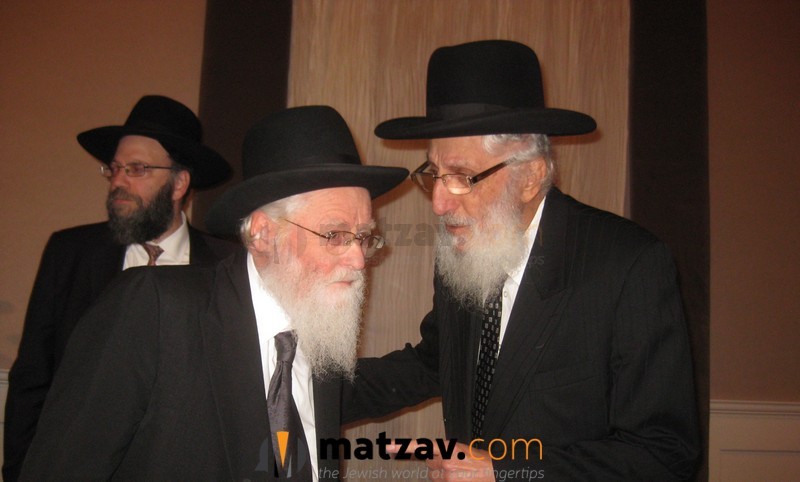 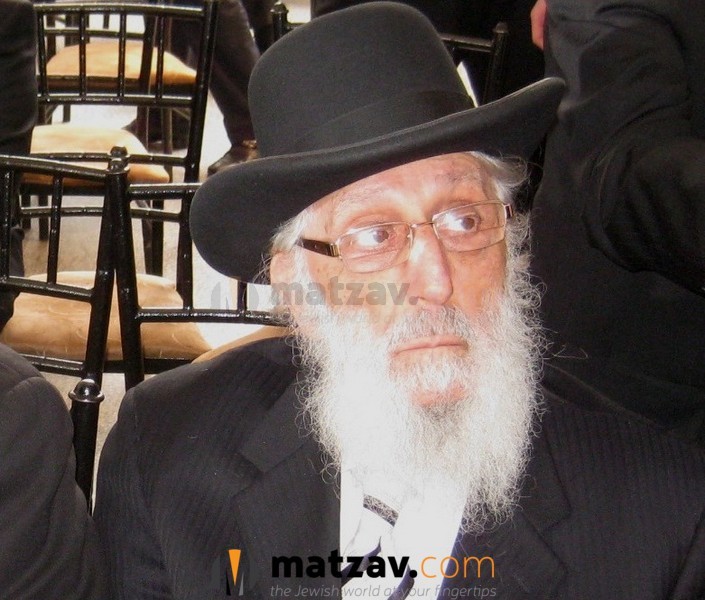