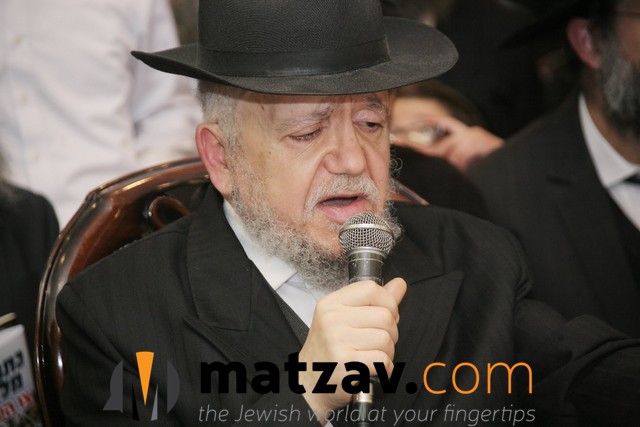 “There are engineers, intelligent people, inspectors… And yet many people became buried underneath the collapsed structure. This is due to rampant disrespect for Shabbos Kodesh,” he averred.

Rabbi Mazuz referred to the ongoing controversy regarding work being performed on Israel’s rail line on Shabbos.

“Prime ministers must comprehend that Shabbos will not forgive,” he remarked.

Rabbi Mazuz, speaking during his weekly shiur, attributed other incidents, including the flare-up of the Amos 6 satellite, to chillul Shabbos as well.