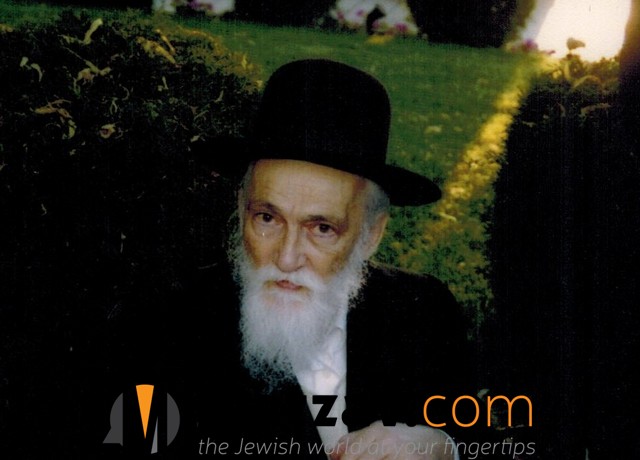 It is with great sadness that Matzav.com reports the passing of Hagaon Rav Meir Halevi Soloveitchik zt”l, rosh yeshiva of Yeshivas Brisk in the Zichron Moshe neighborhood of Yerushalayim and son of the Brisker Rov, Rav Yitzchok Zev Soloveitchik zt”l. He was 87.

Rav Soloveitchik was born in the city of Brisk, Belarus, on 19 Teves 5689/1929, the twelfth child of his parents, Rav Yitzchok Zev and Rebbetzin Hendel Soloveitchik. He was a seventh-generation descendant of Rav Chaim of Volozhiner, talmid muvhak of the Vilna Gaon.

The Soloveitchik family immigrated to Eretz Yisroel in 1941. In his youth, Rav Meir studied the famed Etz Chaim Talmud Torah in Yerushalayim and was already pegged in his younger years as an illui and prodigy with a great future ahead.

When he reached marriageable age, he married his wife, Rebbetzin Elisheva, a daughter of Rav Yechiel Benedikt zt”l of Bnei Brak, hanhalah member of Chinuch Atzmai and Mosdos Satmar in Bnei Brak. Rav Meir and his rebbetzin got married on 17 Adar in 1956 at the Gil Hall in Tel Aviv.

Rav Meir grew up with the mesorah of Brisk, which he perpetuated throughout his life with great devotion. All his life, Rav Meir knew nothing but the world of Torah and the dalet amos shel halachah, immersing himself in limud haTorah and harbotzas haTorah, with no other interest or agenda.

Rav Meir was a throwback to a different era. He was reminiscent of the gedolei Torah of Old Europe. He lived simply and frugally and was engaged in an exalted level of avodas Hashem. He genius in Torah and purity of character drew talmidim and adherents who drank from his wellsprings of Torah and hashkafah.

Rav Meir is survived by children, grandchildren and great-grandchildren following in his ways, as well as his siblings, including Rav Meshulam Dovid Soloveitchik and Rebbetzin Rivka Shiff.

The levayah will be in front of his home, at 3 Chazonovitz in the Zichron Moshe neighborhood of Yerushalayim, at 11 o’clock Sunday morning. Kevurah will follow on Har Hamenuchos, where Rav Meir will be interred near the kever of his father.