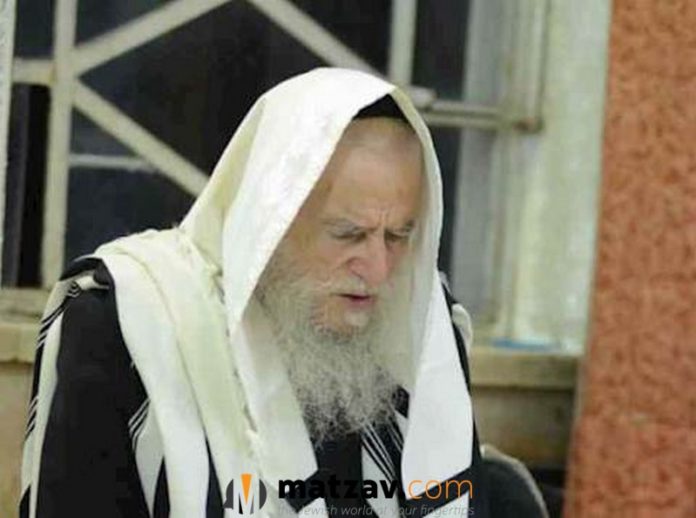 It is with great sadness that Matzav.com reports the passing of Rav Mordechai Cohen zt”l, rosh yeshiva at the Slabodka Yeshiva. He was 87 years old.

Rav Cohen fell ill with a severe and malignant illness three years ago, since recovering by the grace of Hashem, but the disease later returned.

Rav Cohen was born in the United States, a son of Rav Bezalel Cohen.

He married his wife, a daughter of Rav Chaim Dov Zuchovsky, who was known as Rav Berel Yanover” and served as the mashgiach at the Slabodka Yeshiva in Lithuania and the Lomza Yeshiva in Petach Tikva.

Rav Mordechai was a great and humble man, a symbol of the human greatness personified by the Slabodka Yeshiva.

He was always characterized by a unique serenity, and his shiurim was scintillating masterpieces. He was a world-class talmid chochom whose tzidkus matched his Torah scholarship.

His close talmidim knew that he was well-versed in all facets of Torah, including Kabbalah, seforim of which were often hidden among his seforim. He was known to have studied with some of the greatest Kabbalists of the generation.

For fifty years, he was marbitz Torah at the Slabodka Yeshiva.

The levayah was held on Tuesday at the Slabodka Yeshiva on Rechov Rav Sher in Bnei Brak and kevurah followed at the Ponovezher Bais Hachaim.