There is an issur for a person to injure himself. Although it is a Machlokes in the Gemara, the Rishonim pasken that a person is not the owner of his own body to cause it harm. What about donating blood? If there is someone in need then there is no question. But what if a person wants to donate it to a blood bank in return for money, may he do so?Rav Moshe Feinstein (Igros Moshe CM 1:103) says that he may and we should not try to stop him. The reason is that even though you may not harm yourself in order to profit, when it comes to bloodletting it is a different story. In times long gone by, bloodletting was a common therapy to cure people of their ills. The gemara talks about the ins and outs of bloodletting in great detail.

Rav Moshe says that even though our physiology has changed and bloodletting is no longer considered therapeutic, nevertheless it has not changed that much and there still must be some sort of hidden benefit involved. Furthermore, says Rav Moshe, the procedure had become so simple and pain free that it is possible that it would not be considered harming yourself. Rav Moshe does not condone this and ends by saying that if someone chose to donate blood to a bank, we should not protest because there is great logic behind the heter. 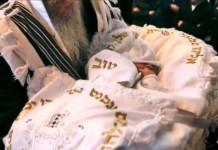