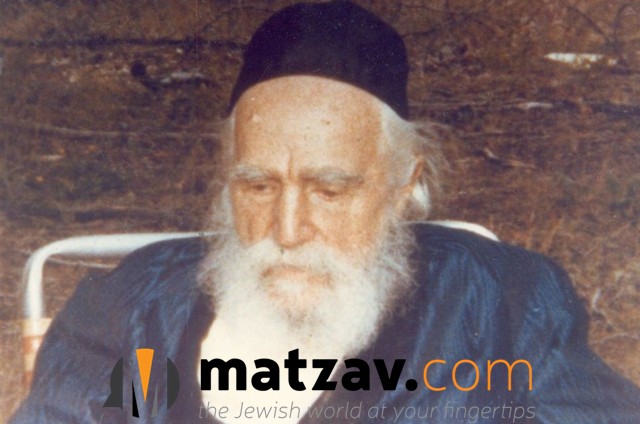 It is hard to believe that this Taanis Esther will already be the 29th yahrzeit of the Rosh Yeshiva, HaGaon, Rav Moshe Feinstein, Zt”l, Zy”a.  There was a time that, when you said ‘Reb Moshe,’ everyone all over the globe instantly knew about whom you were talking.  Now, almost three decades later, when I speak to seminary students of yeshiva bochrim and I say Rav Moshe, they look at me questioningly.  ‘Do you mean Rav Moshe Wolfson, Shlit”a?’  ‘Rav Moshe Sternbuch, Shlit”a?’  It makes me acutely aware that there is an entire generation unaware of the incredible sagacity and personality of this giant among men.

The posuk commands us, “Zachor y’mos olam, binu shnos dor v’dor – Remember the days of old, look into the generations of the past.”  We are advised to study the past so that we know what to aspire for and at least to have visions of greatness.

I had the merit to serve the Rosh Yeshiva during his weekly visits to the Yeshiva of Staten Island from 1972 to 1982.  With the help of Hashem I was granted even more exposure to Rav Moshe during the summer months which I spent together with him in Camp Yeshiva of Staten Island, first in what was known as Camp Westmount, and then in Camp Westwood.

It is said of certain gedolim, great people, that their incredible brilliance together with their vast encyclopedic knowledge causes one to overlook their additional sterling character traits.  In this area, I was at an advantage for, as a rather average adolescent yeshiva bochur, I did not have sufficient awareness of the Rosh Yeshiva’s once-in-a-century gaon-ness, and was therefore able to zoom-in on his warm, kind, sensitive, caring, patient persona.  This was something that a young boy could embrace.  Knowing now, as I do, that he was the very embodiment of Torah, I’d like to share with you so some of my memories so that we may all learn from some of the beautiful ways of a true Torah personality.

First of all, there was his incredible warmth.  He never shook your hand.  He took your hand and clasped it with both his hands and gave your hand a hug.  He gave you a warm smile and you forgot that the weightiest problems of the entire world rested upon his shoulders.  Furthermore, his warmth was universal.  As it states in Pirkei Avos, “Eizahu m’chubad? Ha’mechabeid es habrios – Who is an honored person?  He who honors all of Hashem’s creations.”  He was oh so nice to the janitor in the yeshiva.  I remember him saying in a broken English, ‘Thank you,’ to John who was the caretaker at Yehsiva Staten Island.  My brother, Rabbi Yosef Asher Weiss, who married Rav Moshe’s granddaughter Ahuva, remembers that when they had a baby, they had a Jamaican nurse, Shirley, by name, who remembered affectionately the fine old man who was always pleasant to her.  Every Shavuos, our wonderful cook, Mr. Yager, OB”M, would receive a special visit in the kitchen from Rav Moshe, thanking him effusively for making so many hundreds of delicious blintzes by hand for his bochrim.

This kindness was also seen throughout his pesakim, his halachic decisions.  Throughout the world until this day, his many volumes of Responsa, the Igros Moshe, are still used as the final say in diverse matters of Halacha.  His son, Rabbi Dovid Feinstein, Shlit”a, relates that when his father first came to America in 1937, after escaping the harsh persecutions of the NKVD, when he was the Rav in Luban, Russia, he was not looking to be on the world stage.  He was planning to teach Torah in MTJ, and write his wonderful seforim.  But, when the many war-widows started returning from the Holocaust, not knowing the fate of their husbands who were last seen in death camps, no one wanted to touch these difficult agunah questions for there is no wiggle room for a mistake in this area.  If you permit the woman to remarry and her first husband comes back alive, it is catastrophic.  Rav Moshe, with his great sensitivity and kindness undertook this task which catapulted him upon the world stage.  On who is proficient with his halachic decisions will know that they are laced with kindness and a great depth of human understanding.

Then, there was his incredible humility.  There were no airs about him.  He was affectionately known as the Gaon of Normalcy.  Yet, who could forget Agudah Conventions in the 1980s when Rav Moshe would enter and a thousand people would jump up with alacrity in his honor.  He was the true example of, “He who flees from honor, honor pursues him.”  Another unique feature, concerning him, something which we in America do not see in our generation, that was seen during his years as the chairman of Moetzas HaGadolei Ha Torah: When he rendered a decision, it was almost immediately universally accepted and this is from a person whose posture was soft and yielding.

There was something else that left an indelible impression upon a young boy’s mind and heart.  This was his incredible all-encompassing Torah Hasmada, Torah diligence.  To put it simply, he was always learning or writing his Torah novella.  Those who are old enough remember how he would assiduously learn Mishnayos during the pauses in davening and while wrapping his tefillin.  While waiting for a car or upon awakening from a nap, he would carry around a Tanach and review over and over again Torah, Naviyim, and Kesuvim.  He had the uncanny ability to pick up the phone while he was learning, answer someone’s question and then seamlessly continue immediately from where he left off in his learning.  His notebooks, which contain his Torah chiddushim, novel insights, would start and end in the middle of sentences which, to me, always carried the message that Torah is a non-stop and unending pursuit of life.  Yet, even with this amazing discipline, there existed the perfect balance that, when he spoke with someone the person never felt rushed or that he was a bother.

Then, there was Rav Moshe’s incredible tefilah.  There are many people who, being so immersed in learning, dispatch their prayers as quickly as possible, or relegate tefilah to a second-class activity.  When the Rosh Yeshiva davened, nothing else existed.  He stood ramrod straight while davening Shemone Esrei and even during chazoras hashatz, the chazon’s review of Shemone Esrei, he was still totally immersed.  I remember once I needed to get his attention during the review of the Shemone Esrei.  I had to go around, face him and look right at him before I could break his concentration.  And how he prayed for Klal Yisroel!  I remember mincha on Erev Yom Kippur.  He would come in to daven with a long list that had names for good health, for shalom bayis, for childless couples, for parnassa, and more.

Then there was his incredible tolerance, his savlonus.  I remember we had a middle aged man in yeshiva who was somewhat mentally unbalanced.  One day, around 10:30 in the morning while the entire yeshiva was sitting and learning with their chavrusas, this man came in and started saying Shemone Esrei aloud to the shock of the mashgiach, HaRav Gershon Weiss, Shlit”a, who was sitting there as well.  But, since Rav Moshe was also in the room no one said anything, awaiting his reaction.  When this man got up to say the Kedusha, Rav Moshe calmly got up as well and answered responsively – so of course all of us did so as well.  And now, four decades after that incident of amazing tolerance, it still leaves an incredible impression upon me.  On the Lower East Side as well, he would be a bastion of acceptance to the most difficult of people.

An appreciation of his all-encompassing knowledge and depth of the full gamut of Torah is beyond the scope of this short appreciation.  Suffice to say that the entire world recognizes that when he rendered a halachic decision, he took everything that was written in the Talmud and Shuchan Oruch, the Tur and the Rambam, the Mishna Berurah and the Oruch Hashulchan, the written law and the oral law, countless Rishonim and Achronim, without ever forgetting a single detail.  He was an unparalleled master at applying the full-range of Torah law to any question that was posed to him , even concerning the newest modern technology, scientific breakthroughs, and medical advances.

To close this appreciation, which of course barely touches the surface, we must mention what might have been the Rosh Yeshiva’s crowning virtue.  All his life he was a man of peace.  When asked the perennial question why he thought he merited living so long, he answered, “Mein gantz leben hab ich kein mahl nit g’ton vay tzu ah mentchen – My whole life I never caused another person pain.”  He was universally loved by Jews of all stripes and from all continents.  He would say that it is not enough to learn Torah one must learn  Toras Shalom and would quote the Rambam that the whole Torah was given to promote peace, as it says. “D’racheha darchei noam, v’chol nesivoseha shalom – Its ways are ways of sweetness and all Its paths are paths of peace.”

May we all merit to follow in his glorious footsteps, may he be a meilitz yosher, a good intercessor, for world Jewry about whom he cared for with every fiber of his being.  May his neshama have an aliya from the inspiration that his life continues to generate in us, and in that merit may we be blessed with long life, good health, and everything wonderful.

Rabbi Weiss is currently stepping up his speaking engagements to have him in your community call now 718.916.3100 or email RMMWSI@aol.com.

Now back in print is a large size paperback edition of Power Bentching, also available a brand new CD Album on Purim containing 6 CDs from Rav Weiss’s great speeches on Purim. To order call him at 718-916-3100 or email at above.