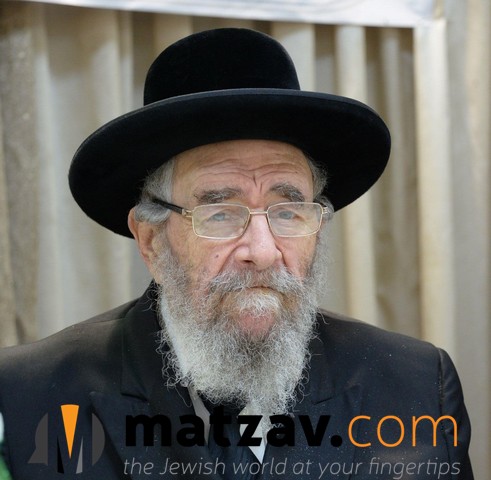 It is with great sadness that Matzav.com reports the passing of Rav Moshe Yehuda Leib Landau zt“l, chief rabbi of Bnei Brak. He was 83 years old.

Rav Landau was born in Eretz Yisroel, a son of Rav Yaakov and Mrs. Chaya Mina Landau. Rav Yaakov was a Lubavitcher chossid who was nicknamed “the courtyard rabbi” by the fifth Chabad Rebbe, the Rashab, in Rostov, Russia.

A year after he was born, the family moved to Bnei Brak. Rav Yaakov served as Bnei Brak’s chief rabbi.

Following his marriage, Rav Landau served as a maggid shiur at the Tomchei Tmimim Yeshiva in Kfar Chabad, a position he held for 23 years. He also assisted his father in rabbonus and kashrus.

Upon his father’s passing, the Bnei Brak Mayor Moshe Oirenstein announced that in accordance with Rav Yaakov Landau’s will, he is appointing his son Rav Moshe as the new chief rabbi of Bnei Brak.

Rav Landau continued his father’s custom not to charge food manufacturers and restaurants for providing them kashrus supervision to maintain the impartially of his and his mashgichim’s decisions.

He is also survived by his brother, Rabbi Eliyahu Landau, rosh yeshiva at the Central Tomchei Tmimim Yeshiva in Kfar Chabad, Israel.

The levaya took place on Motzoei Shabbos in Bnei Brak.