It is with great sadness that we report the passing of Rav Nissim Toledano zt”l at the age of 78. He was niftar on Shabbos shortly after collapsing at his daughter’s house in Bnei Brak.

Rav Nissim was the rosh yeshiva of Yeshiva Shearis Yosef and a member of on the Moetzes Gedolei Hatorah of Eretz Yisroel.

Rav Nissim was born on Morocco and learned at Rav Moshe Yehudah Schneider’s yeshiva in England before emigrating to Eretz Yisroel at the age of 23. He learned at the Ponevezh Yeshiva in Bnei Brak and was a talmid of Maran Rav Elazar Menachem Man Shach zt”l.

Among the talmidim of Rav Nissim’s yeshiva are Chief Sephardi Rabbi Rav Shlomo Amar and Rav David Abuchatzeira.
The levaya began at 11 a.m. today at Yeshiva Shearis Yosef in Be’er Yaakov and then continued to Bnei Brak, where Rav Nissim was buried at the Ponevezh Bais Hakevaros. Among the maspidim at the levaya was Rav Shmuel Auerbach, rosh yeshiva of Yeshiva Maalos Hatorah. 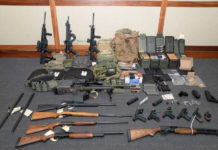 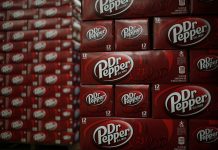 Trump: ‘Nobody More Insulting to Biden Than’ Harris Was