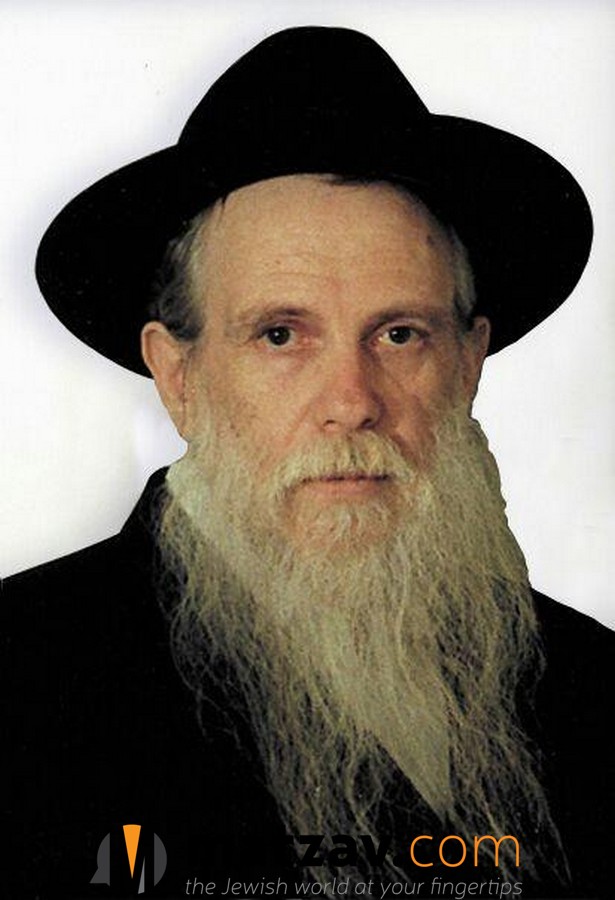 It is with great sadness that Matzav.com reports the passing on Shabbos of Rav Refoel Nosson Tzvi Shulman zt”l, rosh yeshiva of Slabodka Yeshiva in Bnei Brak. He was 86.

On Shabbos morning, the rosh yeshiva was taken from his Bnei Brak home to at Mayanei Hayeshuah Hospital, where he passed away.

Rav Nosson Tzvi was born on 14 Sivan 86 years ago in Kovna, Lithuania, to his parents, Rav Mordechai Shulman and Rebbetzin Miriam, a daughter of Rav Eizik Sher, founder and rosh yeshiva of Slabodka Yeshiva.

After immigrating to Eretz Yisroel, he studied in his youth at the Slabodka Yeshiva. He married a daughter of Rav Yechiel Michel Schlesinger zt”l, rosh yeshiva of Yeshiva Kol Torah, a shidduch that was made by the Chazon Ish. The wedding was held on Rosh Chodesh Cheshvan. Two weeks later, the Chazon Ish passed away.

After the petirah of his father, Rav Mordechai, in 1982, Rav Nosson Tzvi was appointed as one of the roshei yeshiva of Slabodka together with his brothers-in-law, Rav Moshe Hillel Hirsch and Rav Amram Zaks. In 1989, Rav Nosson Tzvi opened his own yeshiva in Yerushalayim. Later, he moved to Strasbourg, to the kehillah of his friend, Rav Eliyahu Abutbul, talmid of Rav Gadaliah Nadel zt”l. There, at Yeshiva Chachmei Tzorfas, he continue his limud and harbotzas Torah for almost 30 years.

His talmidim say that Rav Nosson Tzvi was the crown jewel among the talmidim of the Chazon Ish, a man of remarkable scholarship and erudition combined with sensitivity and finesse, serving as a magnet for young bnei Torah.

He weakened in recent years and at the recommendation of his doctors and his family returned to Eretz Yisroel to stay close to his children.

He leaves behind a large family following his ways, including his sons, Rav Yitzchok Eizik Shulman, rosh kollel at Slabodka Yeshiva.

This week, the wedding of his grandson, a son of his son-in-law and daughter, Rabbi and Mrs. Eliyahu Havlin, of Ramat Shlomo, Yerushalayim, is slated to be held.

The levaya will be held on Sunday at noon at the Slabodka Yeshiva in Bnei Brak, followed by kevurah at the Ponovezher Bais Hachaim.