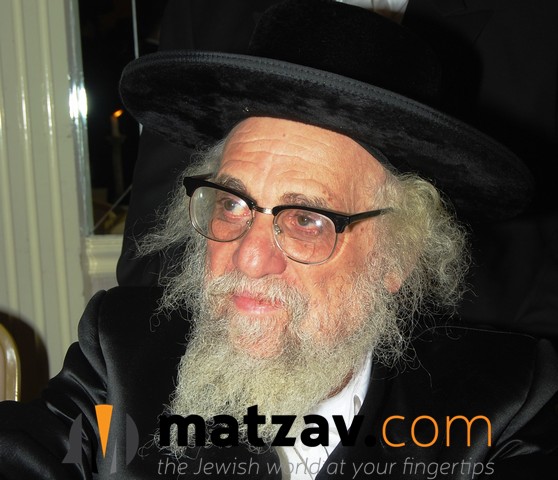 Rav Yechezkel Roth, the Karlsburger Rov, suffered a heart attack several weeks ago and was hospitalized at Maimonides Medical Center in Brooklyn, where he was placed on a respirator.

Sources relate that Rav Roth, who experienced improvement in his condition, which had been very serious, was mekadeish his wife anew after he was released from the hospital on Erev Pesach, explaining that that he had a halachic chashash based on the fact that he had been in critical condition.

The sources indicate that upon his release from the hospital, Rav Roth asked his wife, Rebbetzin Chaya Rechel, if she wanted to stay with him. When she of course replied in the affirmative, he performed a kiddushin before two witnesses.

Rav Roth, it has been explained, was acting based on the p’sak of the Terumas Hadeshen, who maintains that if a person hovers between life and death and falls unconscious, he should perform a second kiddushin with his wife after he has recovered.

Rav Roth, who resides in Boro Park, where he leads the Karlsburger Bais Medrash and Bais Din, is a noted senior posek and the author of Emek Hateshuvah, Emek Shmaatza, Chazon Yechezkel, Chezkas Taharah, Mishpat Ha’aretz and Keren HaTorah.

All are asked to say Tehillim for the complete recovery of Rav Yechezkel ben Yehudis.