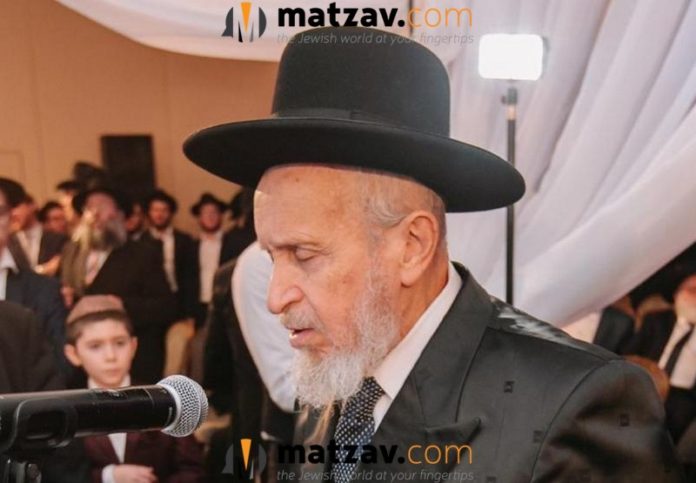 It is with great sadness that Matzav.com reports the petirah of Rav Shlomo Elazar Wulliger zt”l. He was 81.

A son of Rav Mordechai Wulliger zt”l, Rav Shlomo Elazar was raised on the Lower East Side of Manhattan and attended Yeshiva Torah Vodaas, receiving semicha in 1960.

Over the course of the first decade of his marriage, Rav Shlomo Elazar served as rov in shuls in various locales, including Arizona, Los Angeles, and then New York, finally opening his own shul in Boro Park about 35 years ago.

Rav Wulliger also used his influence in New York as a chaplain, a position he held at the Brooklyn Developmental Center, a state institution in the Spring Creek area. That began in 1972, when Rav Wulliger led a shul in Flatlands, about a mile from the center, and he started volunteering one day a week and then more frequently. Later, when the center was looking for a full-time chaplain, he was offered the position.

Because of his efforts, Rav Wulliger was chosen from 230 different institutions with chaplains to receive the Zagelbaum Family Award for Chaplain of the Year.

Rav Wulliger authored “I Am My Brother’s Keeper,” a guide for dealing with those with mental disabilities.

Rav Shlomo Elazar and his wife also raised Dov, their adopted son who was born with Down’s Syndrome. His family couldn’t care for him, and when he was 5, he was sent to the Brooklyn Developmental Center. When a place could not be found for him, the Wulligers took him him, raising him and nurturing him for over three decades.