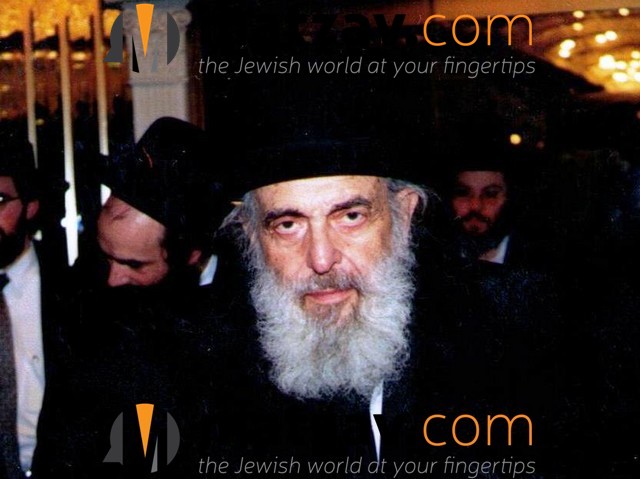 It is with great sadness that Matzav.com reports the passing of Rav Shmuel Faivelson zt”l, rosh yeshiva of Bais Medrash L’Torah of Monsey, NY. He was 87 years old.

Rav Faivelson had been unwell for approximately 12 years and was niftar today, Erev Shavuos.

Rav Faivelson was born in 1930 in Chicago to his parents, R’ Refoel Eliezer and China (חינה) Faivelson. As a bochur, he traveled to Baltimore, MD, to learn at Yeshiva Ner Yisroel under the rosh yeshiva, Rav Yaakov Yitzchok Ruderman zt”l.

He subsequently joined Bais Medrash Govoah in Lakewood, NJ, where he became one of the most prominent talmidim of Rav Aharon Kotler zt”l and established a name as an unparalleled giant in Torah and hashkafah.

Rav Faivelson represented the purity of the Torah of his great rabbeim, conveying undiluted daas Torah to his many followers.

His hasmadah was well-known, and his yedios and clarity of thought in all areas of Torah made him unique among his peers.

His unwavering adherence to the highest levels of avodas Hashem placed Rav Faivelson among the Torah leaders of his time, as he was regarded as a genuine Torah giant and a rosh yeshiva who was looked up to by bnei Torah across the continent.

Rav Faivelson first led a yeshiva in St. Louis, Missouri, and then served for many years as a senior maggid shiur at Mesivta Bais Shraga in Monsey. He later opened his yeshiva, Bais Medrash L’Torah, in Monsey, NY, imbuing generations of talmidim with ahavas haTorah and Torah ideals, producing outstanding talmidei chachomim and marbitzei Torah.

The levaya will tentatively be held on Friday, Erev Shabbos Parshas Naso, at 11;30 a.m., at Bais Medrash L’Torah of Monsey. The aron will be flown to Eretz Yisroel for kevurah there.