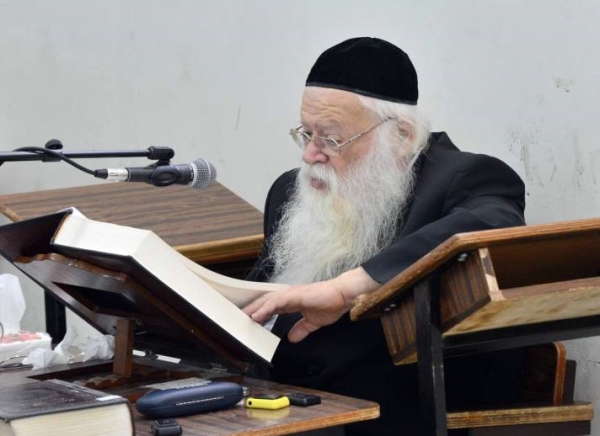 Rav Borenstein is said to be doing well.

He underwent a series of tests and doctors are closely monitoring his health.

Rav Borenstein has been hospitalized several times in the past and, by the grace of Heaven, has recovered and resumed his full schedule of shiurim at his yeshiva, where his fellow rosh yeshiva is Rav Shlomo Kanievsky, son of Rav Chaim Kanievsky.

Rav Borenstein is a member of the Moetzes Gedolei Hatorah of Degel Hatorah.

Sources indicate that Rav Borenstein is slated to be released from the hospital in short order.