The potential dangers of cell phones that are not me’ushar – approved – has been highlighted by many rabbonim, especially here in Eretz Yisroel. At some yeshivos, the roshei yeshiva have forbade the bochurim from having even the approved cell phones because the cell phones prevent the talmidim from focusing properly on their learning and serve as a distraction.

One of these yeshivos is Yeshiva Orchos Torah in Bnei Brak, whose rosh yeshiva is Rav Aharon Leib Shteinman. The hanholas hayeshiva has enforced strict rules regarding cell phones and even invested thousands of dollars in installing a sophisticated telephone system, which has a private line for each bochur, in order to provide phone service for the bochurim so they would not need cell phones.

This zeman, many bochurim at the yeshiva have entered the parsha of shidduchim, requiring many more conversations between bochurim and their parents. The zeman also began without the presence of the mashgiach of the yeshiva, Rav Chizkiyahu Mishkovsky, who was in the hospital. 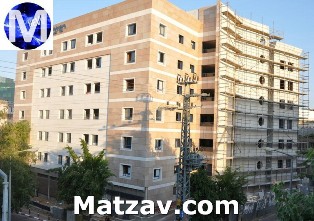 These two facts and a combination of other things led to a ‘rifyon’ of sorts, a slacking off in the matter of cell phones, and older bochurim began to bring cell phones into their rooms. The hanholas hayeshiva spoke to Rav Shteinman about what to do, and Rav Shteinman said that despite the strict rules against having a cell phone in yeshiva, nevertheless, no bochur can be thrown out for having a (kosher approved) cell phone.

The question remained: How was the yeshiva to maintain order, and the strict rule regarding cell phones, to prevent the inevitable distractions that the devices cause?