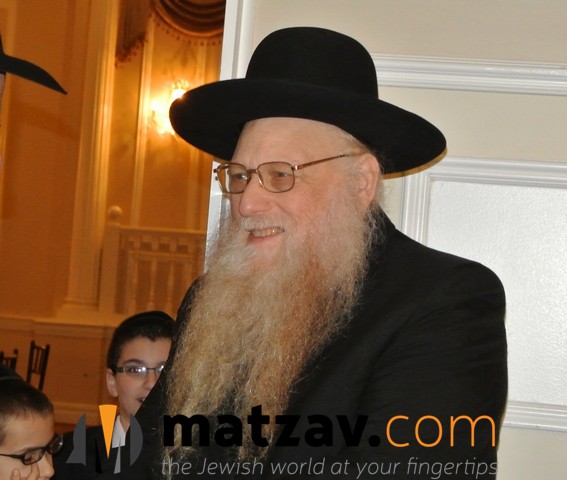 It is with great sadness that we report the passing of Rav Yaakov Zelinger zt”l, rosh yeshiva of Yeshiva Toras Emes Kamenitz. He was 70 years old.

Rav Zelinger was a noted marbitz Torah, who led his outstanding yeshiva for decades, first in Boro Park, on 56th Street between 16th and 17th Avenues, and then after it moved to Flatbush to its current building at the corner of Avenue N and East 19th Street.

Born in 1946, Rav Zelinger grew up in Boro Park and attended Toras Emes, the very yeshiva he would subsequently lead. He later learned at the Woodridge Yeshiva under Rav Levi Krupenia zt”l.

Rav Zelinger was tested by Rav Moshe Feinstein zt”l on daled chelkei Shulchan Aruch. Amazingly, he would fast on all the days of the Aseres Yemei Teshuvah every year.

While the Zelingers lived in Flatbush, Brooklyn, for years Rav Zelinger spent Shabbosos and the summers on Locust Hollow Drive in Monsey, NY, where he was among the founders of Cong. Bais Eliyahu. Once Kamenitz relocated to to Flatbush, the Zelingers sold their house in Monsey and lived full time in Flatbush.

Rav Zelinger’s son, Eliyahu z”l, was a talmid of Yeshiva Ohl Torah when he passed away in a tragic car accident on Purim in Monsey. Rav Zelinger later moved to Brooklyn, NY.

With great devotion, Rav Zelinger dedicated his efforts to Yeshiva Toras Emes, carrying the burden of its operation and ensuring that it instilled a pure and unadulterated chinuch to generations of talmidim.

Rav Zelinger, in addition to being a talented rebbi and maggid shiur, was an outstanding baal chesed, with a huge, caring heart. He extended himself in any way he could to assist people, both parents of his yeshiva and others, materially, financially, or otherwise.

Rav Zelinger leaves behind his rebbetzin and a family of bnei and bnos Torah following in his ways.

The levayah will take place today at 1 p.m. at the yeshiva building, at the corner of Avenue N and East 19th Street, after which the aron will be flown from JFK International Airport to Eretz Yisroel for kevurah there.