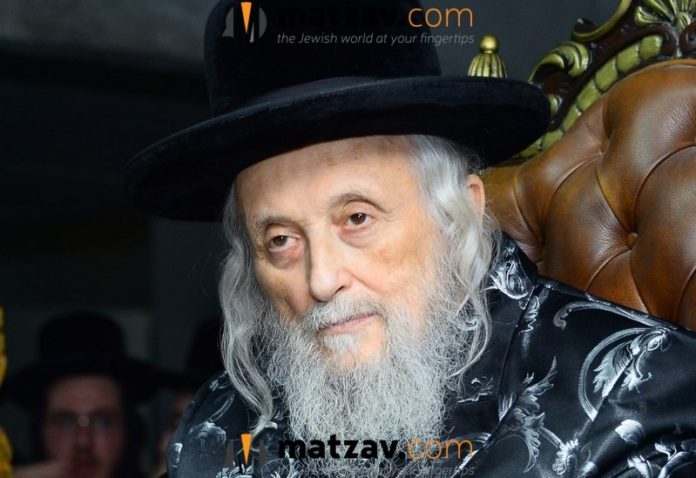 Rav Yitzchok Tuvia Weiss, gaon av bais din of the Badatz of the Eidah Hachareidis, has been released from the hospital and allowed to return home, bechasdei Hashem.

Rav Weiss had been hospitalized last week after contracting the coronavirus. His condition has, boruch Hashem, improved.

Rav Weiss was appointed as the gaavad of the Eidah in 2004 after having served as a dayan of the Machzikei Hadas community in Antwerp, Belgium. Rav Weiss was born in Slovakia, a son of Reb Shlomo Weiss, a timber merchant. He attended the local secular school in the mornings and studied with a private melamed in the afternoons. Before World War II, he escaped Slovakia on a Kindertransport, leaving his parents and family behind. He arrived with the Kindertransport at London after Shavuos in 1939, where he celebrated the Shabbos of his bar mitzvah at the home of a British woman who took him in. He learned at Rav Moshe Yehuda Shneider’s yeshiva in Stamford Hill, London. After his marriage, he learned at the Gateshead Kollel under Rav Eliyahu Eliezer Dessler. A few years later, Rav Weiss moved to London, where he became a maggid shiur at a yeshiva and a posek and rov of a shul. Later, he moved to Antwerp, where he served as a maggid shiur at a yeshiva in Wilrijk and where he was appointed as dayan in 1967.