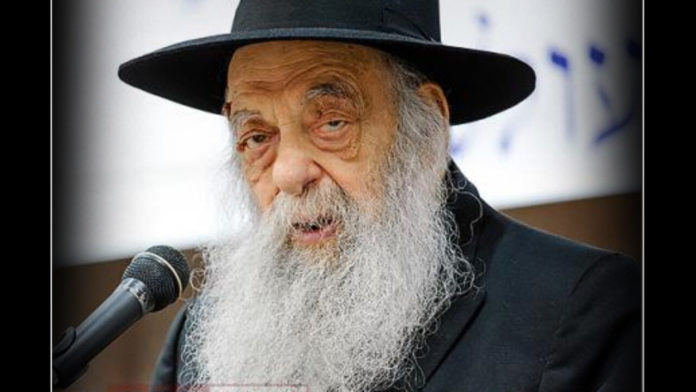 It is with great sadness that Matzav.com reports the passing of Rav Yoel Kahan zt”l. He was 91 years old.

At a young age, Reb Yoel emigrated to Eretz Yisroel together with his family and studied in Yeshiva Achai Temimim in Tel Aviv under Rav Chaim Shaul Brook. During his teen years, he also learned privately with Rav Moshe Gourarie.

In 1950, Reb Yoel traveled to New York to continue his studies at Yeshiva Tomchei Temimim at 770 Eastern Parkway in Crown Heights. Reb Yoel became a chossid of the Lubavitcher Rebbe, later serving as his main choizer for many years. He transcribed the rebbe’s talks for years, using his remarkable memory to do so.

Reb Yoel was a brilliant talmid chochom with an encyclopedic grasp of Shas and other sifrei kodesh.

While not having children of his own, he raised generations of Chassidim who follow the ways of Torah and Chassidus.

He is survived by his wife, Rebbetzin Leah Kahan.

The levaya will be held on Friday passing by 770 Eastern Parkway in Crown Heights en route to the Old Montefiore Cemetery in Queens.