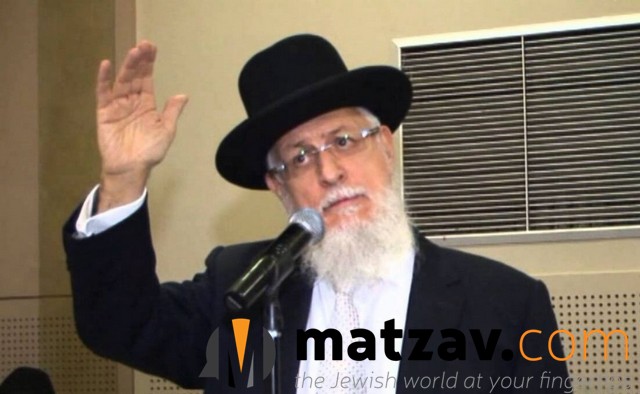 It is with great sadness that Matzav.com reports the passing of Rav Yosef Chaim Sitruk zt”l, former chief rabbi of France, a position he held from June 1987 to June 22, 2008. He was 71 years old.

Rav Sitruk received semichah in 1970 and was named rov of Strasbourg before becoming the assistant of the Strasbourg chief rabbi, Rabbi Max Warchawski.

In 1975, Rav Sitruk became chief rabbi of Marseille. In 1987, he was elected to occupy the post of chief rabbi of France. He was then re-elected for two additional 7-year terms. He was also the president of the Conference of European Rabbis.

Rav Sitruk elevated the ruchniyus of French Jewry and labored to address the needs of the frum community. He maintained a close relationship with Chacham Ovadiah Yosef, whom he consulted on various matters.

Rav Sitruk leaves behind his wife and 9 children.

The levayah began in Paris today and will continue tomorrow in Yerushalayim, where kevurah will take place.