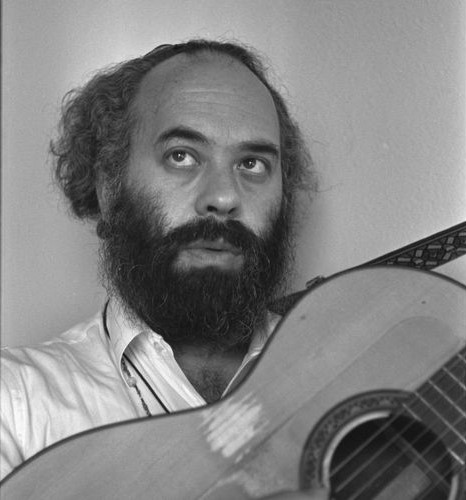 An Essay by R’ Yaakov Klein

I am not sure which creative medium should be used in attempt to reflect on one’s relationship with the universe of spirit embodied by Reb Shlomo Carlebach z”l, but the glaring inadequacy of words to succeed in this difficult task is very clear. It seems that perhaps, in their wordless beauty, only his own niggunim can possibly portray the confounding complexity of a man whose musical, spiritual, and educational legacy, in a brushstroke of divine irony, lies in its utter simplicity.

Nevertheless, the rarity of the soul which can perceive the messages concealed in melody, coupled with an intense craving to express the feelings coursing through my heart on Reb Shlomo’s twenty-fifth yahrtzeit require that I put down the guitar and pick up a pen in the hope of  capturing a glimmer of what this man means to me in a generation that is in a many ways so different, and yet in many others so similar to the one in which he lived, sang, spoke, danced, loved, inspired, transformed, created, struggled, and persevered.

Although he left this world almost exactly one month before I entered it, Reb Shlomo Carlebach completely altered the course of my life. I was first introduced to his music, and then to his teachings by a rebbe in yeshiva (to whom I am eternally grateful) who would often say, “People say Reb Shlomo was a great composer. Little do they know that music was his smallest talent.”  And how right he was. The genius of Reb Shlomo’s phenomenal communication abilities lay both in his simplicity and sincerity. Never in my life had I heard anyone speak about Hashem with so much conviction. Never in my life had I heard anyone speak about the tzaddikim with such love and awe. Later, when I began to read and watch as much as I possibly could about Reb Shlomo in order to contextualize the living voice, decades dead and gone, coming through my headphones, it became clear to me that I had never heard of a person whose actions so precisely reflected what he preached.

While the range of opinion regarding the degree to which the actions of Reb Shlomo Carlebach were incongruent with those of a normative rabbi spans almost as enormous a spectrum as the conflicting worlds in which he operated, all agree that this man was unlike any other rabbi of his time. Indeed, the message he carried was unlike that of any rabbi of his time. To say the least, he didn’t preach standard pulpit fare, and mystery inevitably hovers over the loose ends he chose not to, didn’t, or perhaps couldn’t tie.

But those lessons he did preach, those themes that together form the theological basis for decades worth of his recorded teachings and storytelling all around the globe, were lessons with which his soul was one. The depth of his connection to Yiddishkeit – through good times and difficult phases, both the ups and downs of a human experience intensified a thousandfold by the singular circumstances of a life unparalleled in its remarkability – is simply unfathomable. With every song, story, and teaching I heard, it became clearer and clearer to me that this was a man to whom Yiddishkeit – not in its commercialized, idealized form, but in its most honest, raw, and relevant iteration– was the most important thing in the entire world. It was this sincerity that opened my heart to the treasures of our deep and beautiful tradition in a way that nothing before ever did, and nothing since ever could.

Aside from the general folly involved in attempting to evaluate and define Reb Shlomo’s inner world from any perspective because of the ambiguity of the age and the dearth of factual information, doing so from a perspective that isn’t deeply rooted in the ideological universe of the Baal Shem Tov is like trying to weigh a suitcase with a ruler, or, to use the Ba’al HaTanya’s parable, attempting to grasp a thought with one’s hand. It was in the Baal Shem Tov’s world where yearning, brokenness, joy, humility, kindness, simplicity, faith, love of Jews, prayer, and desire were granted utmost import in any assessment of closeness with Hashem that Reb Shlomo was so firmly rooted. With every breath, he breathed the air of 16th century Medzibozh, the radical truths of a pre-institutionalized Chassidic spirit that so greatly kindled the flames of a spiritually parched generation.

It is not despite his struggles or even failings (the degree of which, again, is a matter of near-irresolvable contention) that Reb Shlomo Carlebach had and continues to have such a colossal impact on our generation, but because of them. The question of whether or not Reb Shlomo Carlebach was a tzaddik aside, he certainly never claimed such a title. He was quite open about the complexity of his approach, and the nature of his experience on the narrow bridge a Jew must walk in this world. However, the afflictions of his post-Holocaust trauma, isolation, wandering, social persecution and their myriad effects on every aspect of his expansive personality were his greatest blessing, because it was those elements which imbued his teachings about hope, prayer, love, and joy amidst suffering with a genuine and authentic quality. His singing wasn’t a performance just as his teachings weren’t lectures. His love wasn’t a charade, just as his hope wasn’t without challenges to be overcome. It is clear to all those with a heart of flesh that Reb Shlomo Carlebach succeeded in planting a wondrous garden of optimism, sacrifice, love, connection, holy desire, striving, joy, and refusal to despair – in the dark and fearful Vacant Space that occupied the center of his enormous heart.

Perhaps it is this stark sincerity that enabled Reb Shlomo to experience such popularity in his generation, and, to an even larger extent (a truly remarkable feat) in ours, twenty-five years after he left thousands of heavenly melodies, an entire body of Torah thought, and many unanswered questions behind in the olam hafuch we inhabit. Much like the counterculture youth of his era, (although in a far more healthy, contained, and subtle way), today’s generation is seeking something very honest, open, and relevant. Strugglers, failures, sometimes even sinners ourselves, we are willing to dig deep beneath the surface and embrace the paradoxes we find – eschewing the binary thinking of simpler minds in the knowledge that, were that same thinking to be applied in our own circumstances, all hope would be lost.

I shudder to imagine where I would be without Reb Shlomo Carlebach and his teachings. His ahavas Yisrael, joy, compassion, niggunim, and Torah have immeasurably enriched every aspect of my life and avodas Hashem; bein adam l’atzmo, bein adam l’chaveiro, and bein adam l’Makom. His commitment to Hashem and infatuation with the spirit of Yiddishkeit represent one of the mighty foundations upon which my own strivings are built. His exuberant message has taught me how to begin planting a garden in the Vacant Space I call my own.

With no precedent in Jewish history to rely on and the necessary ambiguity of conflicting impressions that will never disappear, I may not always know what title to put before or after Reb Shlomo’s name. But this itself (aside from its essential insignificance) is reflective of his spiritual message; a messagethat is humble and honest enough to address struggle and failure,and to chart a course for utilizing these very obstacles as stepping-stones to greater yearning, authenticity, and devotion to the Master of the world.