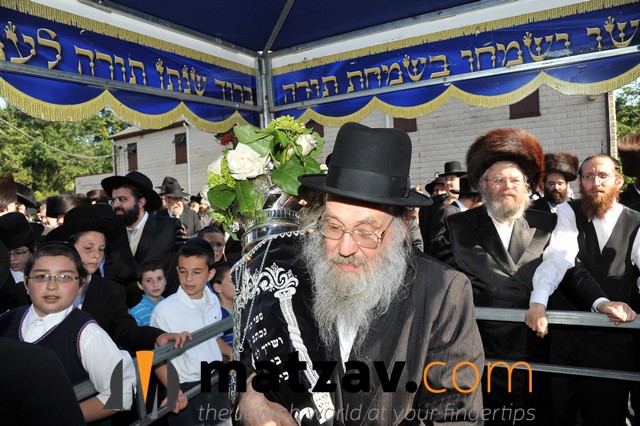 Reb Yitzchok Meir Weisberger z”l was born in Yerushalayim to his parents, Reb Yisrael Yaakov and Mrs. Henya (Fischman) Weisberger. Up until the age of 9, he lived on Rechov Yeshaya Press with his brothers and sisters, adjacent to the residence of the Brisker Rov zt”l.

Reb Yitzchok Meir was exposed to Torah and avodah from a very young age. He would relate to his children how, as a young child, from his window, he would watch the Brisker Rov studying in his room until the wee hours of the morning.

When Reb Yitzchok Meir reached the age of three, his father requested of the Brisker Rov to give him his upsherin. The Rov responded that he is not a barber, but as a shochein tov (good neighbor), he would be glad to do it.

As a resident of Williamsburg, he often attended the Stoliner Shtiebel, where he developed a bren for davening. Once, during a visit to Eretz Yisroel for a family simcha, he davened at the Rachmastrivke Bais Medrash, where the Rachmastrivke Rebbe zt”l was mechabeid him with davening Shacharis for the amud on Shabbos morning. At the conclusion of the davening, the Rebbe approached and shook his hand with warmth, expressing that he had never heard a davening with such hislaavus and mesikus.

During his years in Brooklyn, Reb Yitzchok Meir was also zocheh to visit and maintain a kesher with the Satmar Rov zt”l, the Skulener Rebbe zt”l, and the Malachim Rebbe zt”l.

He attributed his love for Torah learning to his time spent at the yeshiva of Rav Moshe Eisemann, who he used to say ignited his pintele Yid.

Reb Yitzchok Meir married his aishes chayil, Blima, née Engel, and they settled in Boro Park, where all of their five children were raised. Eventually, the family relocated to Lakewood, where Reb Yitzchok Meir became a sheim dovor for his dedicated pursuit of Torah and avodah. His days were filled with various chavrusos, from morning until night. People who knew him related that they never saw him without a sefer. Many also related stories about his astounding bekius in Shas and in every facet of Torah.

For the better part of the last decade of his life, he was a dedicated mispallel at Bais Medrash Bais Elimelech, located on East Harvard Street at Park Avenue, where he developed a close kesher with the rov, Rav Refoel Paschkusz. He became a highly-regarded and respected member of the kehillah and a fixture of the neighborhood. He would often be seen walking, at the break of dawn, to the bais midrash with his tallis and tefillin, while murmuring tefillos and bakashos.

These years were marked by much difficulty, as he struggled with health issues, but he never complained. He exhibited tremendous mesirus nefesh in performing his avodas Hashem.

His wife related that for many years, he would fast every day during the weeks of Shovavim, even though it was very difficult for him.

Living with him and his wife for the last seven years was his brother-in-law, Reb Mordechai Engel z”l. Reb Mordechai, a choshuve Yid in his own right, suffered a stroke seven years before and the family took him in, caring for him with mesirus nefesh. Reb Mordechai passed away tragically two months ago, leaving Reb Yitzchok Meir heartbroken, as the pain of every Jew touched him tremendously.

In general, Reb Yitzchok Meir was nosei be’ol im chaveiro and acutely felt the pain of every Yid.

One menachem related that during the reading of Eichah on Tishah B’Av following the tragic passing of Leiby Kletzky z”l, Reb Yitzchok Meir shed copious tears, moving the entire tzibbur to cry along with him.

Speaking at the shloshim for his brother-in-law, Reb Mordechai, he urged the community to look out for the disadvantaged of society. He related that he spent his mornings being mechazeik elderly people and learning with them. He urged everyone to do the same. He also urged the community not to forget about and to be mispallel for the chachmei Yisroel, specifically pointing out the dire matzav of the noted marbitz Torah, Rav Moshe Zoberman of Boro Park.

Another menachem related, amidst tears, how she and her husband organized a yahrtzeit seudah one year and few people showed up due to a heavy snowfall. Reb Yitzchok Mordechai, with mesirus nefesh, attended, spoke and was mechazeik the mishpachah.

During the shivah, his children went through some of his many writings and found a list of a learning routine that he undertook in memory of his brother-in-law. The list included Tanach, Gemara, mussar, halachah, Chassidus and Kabbolah.

On the tragic day of his sudden petirah, Reb Yitzchok Meir was learning with his chavrusah the sugya in Maseches Chullin (8a) which discusses the dinim of tumah and taharah of nega’im. That same day, he was honored with writing a letter in a Sefer Torah. His chavrusah remarked that “yotzah nishmaso betaharah,” and writing a Sefer Torah is, of course, the last mitzvah in the Torah.

May Reb Yitzchok Meir be a meilitz yosher for all of Klal Yisroel.

A Special Thank You to the Wonderful Community

By the Weisberger family

We would like to extend a heartfelt yasher koach to the entire community during this difficult time.

A special thank you to Misaskim for supplying us with our needs during the week of shivah.

A tremendous yasher koach to Bais Medrash Bais Elimelech, under the leadership of Rav Refoel Paschkusz, and the directorship of Reb Menachem Kain and Reb Yanky Muller.

Hakaras hatov is also due to Reb Dov and Chevi Kaufman of Bagel Nosh; Reb Shmuel Bender; Reb Pinchas Rothenberg; the entire extended Weisberger and Fischman clan from Brooklyn and Lakewood; the Schwadron family and the Moskowitz family for all their help.

Yasher koach to all our neighbors on Park Avenue and East 9th Street for their amazing support.

Thank you to all those who traveled from near and far to be mechazeik us this past week.

Thank you to all the other oskim betzorchei tzibbur be’emunah who stood by us to make sure that all our needs were taken care of.

We apologize in advance for any inadvertent omissions.

May the neshamah of Reb Yitzchok Meir ben Yisroel Yaakov z”l be a meilitz yosher for us and all of Klal Yisroel, and we may only hear besuros tovos from now on. 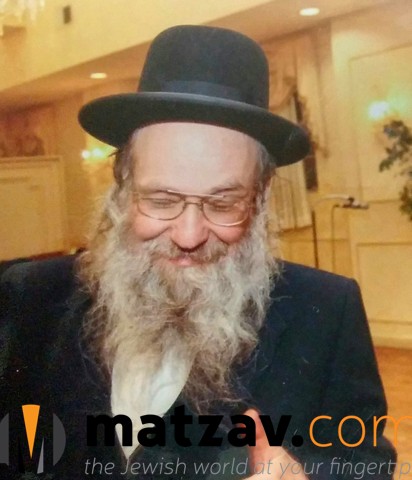 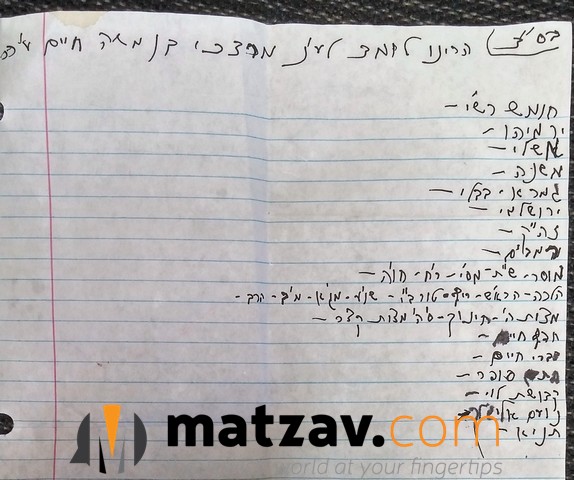 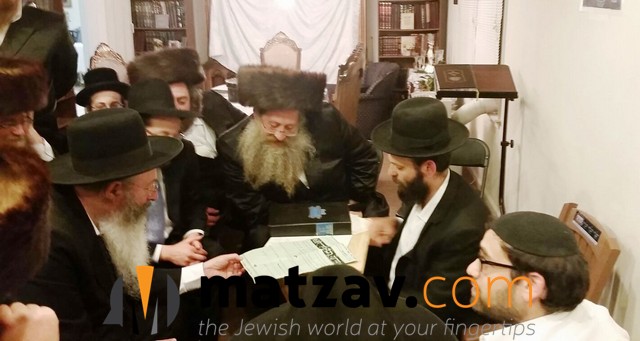 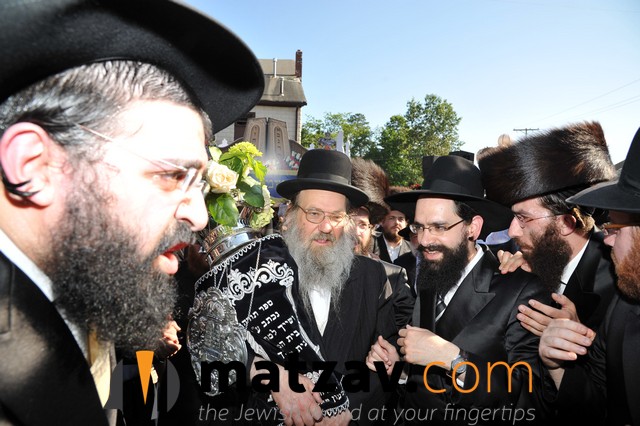 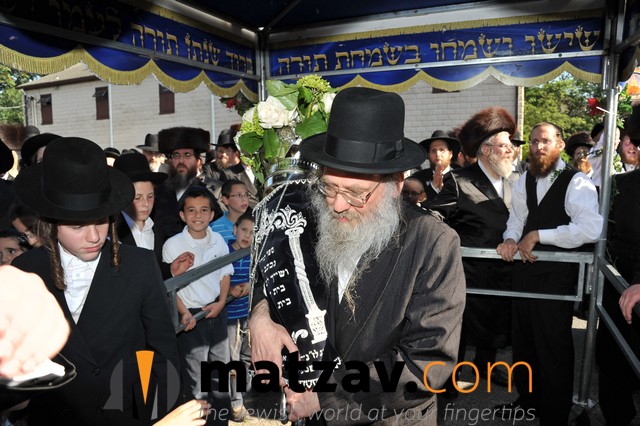 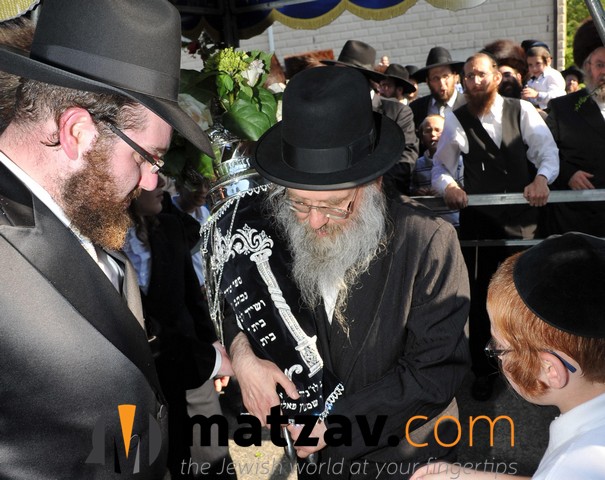