It is with great sadness that Matzav.com reports the passing of Rebbetzin Sarah Hany Kaminsky a”h. She was in her 60s.

Rebbetzin Kaminsky was a veteran mechaneches, who was loved by her talmidos at Yeshiva of Brooklyn, Machon Bais Yaakov and later at Mesores Bais Yaakov in Brooklyn, where she taught. Her students – and her colleagues – learned so much from her, inspired by her love of Torah, ahavas Hashem, and ahavas Yisroel. She was an outstanding role model, personifying the modesty, humility, beauty and majesty of an aim b’Yisroel.

Her petirah has plunged her family and many admirers into mourning.

The levayah will be held today at 11 a.m. at Shomrei Hadas Chapels, located at 3803 14th Avenue in Boro Park, Brooklyn. 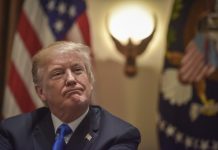