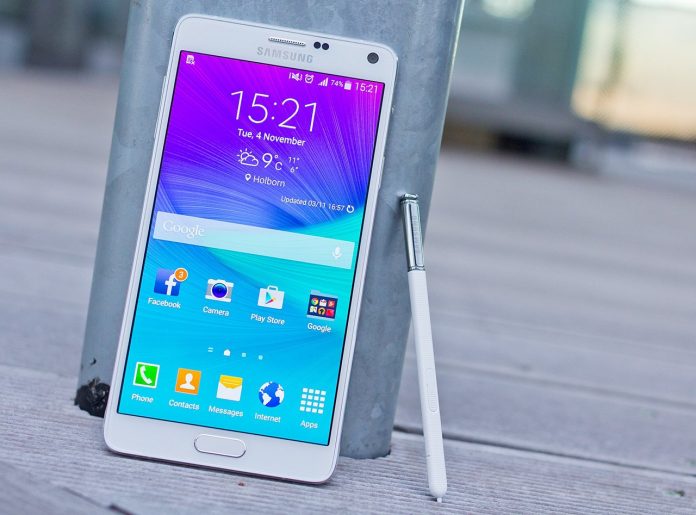 Samsung, the manufacturer of the Galaxy Note 7, made a bold step by announcing the recall of all the phones sold. The problem seems to be a risk of fire and even explosion.

The recall would seem to be a declaration of a defect in the product, nullifying the sale in Jewish law. As the Rambam writes, all who buy an item do so on the presumption that the item is free from all defects. The presence of a defect will therefore nullify the sale.

Generally, where faulty goods have been sold, the sale is invalid, and the item purchased belongs, retroactively, to the seller, who now has a monetary debt to the customer of the price paid.

The general rule in the case of a faulty sale is that the sale is invalid, and the item purchased reverts to the seller, who has a monetary debt to the customer to return the sum paid. However, the halacha recognizes the fact that there are types of defects which can be fixed; in the case of such a defect, the obligation of the seller is to fix the defect.

The Rosh explains in one of his teshuvos with the following scenario: A house was sold, but before the transfer of ownership, vandals entered the property and caused damage, such as the breaking of windows and the destruction of doors. He ruled that since the damage can be fixed and the defect is not so serious that the house is not a ‘house’, the sale is not invalidated and the house remains the property of the buyer, while the seller is obligated to fix the defect. The Shulchan Aruch paskens in accordance with this teshuva of the Rosh in Choshen Mishpat 232:5.

The same will apply in the case of the Galaxy Note 7.

If the company is planning on refunding customers, then that means that from the time of the announcement, all the phones belong to the company due to the defect, and they have a debt to each customer of the price paid.

If, however, the recall is to fix a faulty part of the instrument, the sale is not nullified, and the Galaxy remains the property of the customer.

Establishing to whom the Galaxy belongs after the recall is essential to enable beis din to decide who loses in a case where the Galaxy Note 7 was destroyed or stolen from the customer after the recall was announced, but before it could be physically returned to the manufacturer.

Where the sale is nullified by the recall, the responsibility of the customer for that phone is that of an unpaid guardian (Shomer Chinam), who is responsible only for his negligence, but not for theft or loss, and certainly not for destruction due to extraordinary circumstances. (It could be argued that where the customer is holding the Galaxy as security for the refund of his money, that his responsibility is that of a paid guardian (Shomer Sachar), responsible for loss and theft, but not for loss due to extraordinary circumstances, as the Shulchan Aruch rules in Choshen Mishpat 72:2, while theRama disagrees, arguing that he is an unpaid guardian even in such a case, responsible only for negligence.)

Where the sale is not nullified (even though the customer will certainly not lose out were the item to be destroyed due to the defect), since the Galaxy remains the property of the customerproperty , if it is lost, stolen, damaged or destroyed in any way, it is the customer’s loss and not that of the manufacturer.

An interesting question would arise in a case where the Galaxy was stolen as to whether or not the manufacturer would be obligated to pay the customer the cost of repair.

In a case where, for example, Reuven damaged the property of Shimon, but before he could pay, the property was completely destroyed in an accident, Reuven would be required to pay for the damage he caused.

Maybe the same would apply in the case of the Galaxy being destroyed, the reason being that where the sale is not invalid, the defect is like a payment for damages caused by the manufacturer, for which he is required to compensate the customer regardless of whether or not the customer is going to actually fix the item.

Picture the scenario of a driver who broke the side light of another, and the cost of a new light was five hundred dollars, while the owner fixed it with sellotape (sticky tape), and even passed his annual test like that; could the damager claim that he will only pay the price of the sellotape, or will he be required to pay for a new side light?

The answer is that the damage done is the price of a new sidelight, regardless of whether the damaged party actually fixes the damage or not.

It could, however, be argued that this is not a case of damages but an obligation of the manufacturer to make the item fit for use, and where the item is no longer in existence, this obligation no longer exists. Therefore, where the Galaxy was destroyed by exceptional circumstances, there is no further obligation on Samsung to pay the price of the repair to the owner.

(This latter argument seems to this author to be applicable in this particular case.)

As far as the expenses involved in returning the Galaxy are concerned, the Shulchan Aruch rules in Choshen Mishpat 232:21 that it is the manufacturer who bears these.