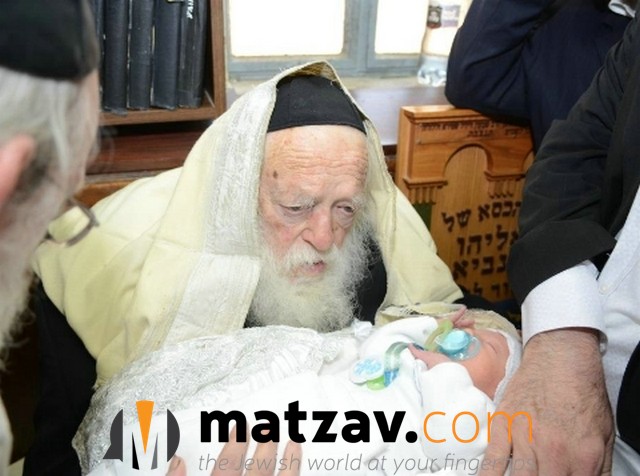 The first bris was held at noon. The other brisos were then held, one after the next, in succession, until Minchah time.

Rav Chaim serves as sandek almost every day at the Lederman Shul near his home. For years now, Rav Chaim no longer travels beyond his street to serve as sandek at brisos, so people bring their brisos to him, general holding them at Lederman.

Yesterday, however, as mentioned, a record seven brisos were held in one afternoon at Rav Chaim’s home.

Meanwhile, last night, the residence of Rav Chaim saw a visit from Supreme Court Justice Elyakim Rubinstein, who came to received a brachah from the gadol hador.