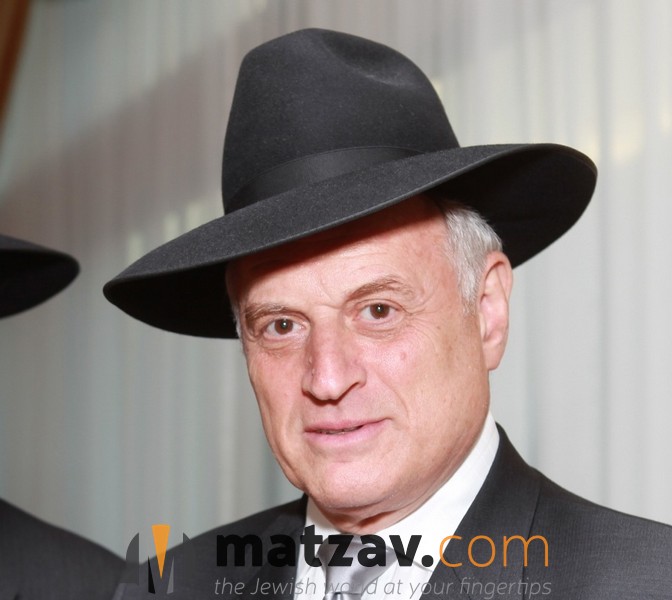 The Conference of Presidents of Major American Jewish Organizations is co-hosting an early Chanukah party next week at President-elect Donald Trump’s newly opened hotel blocks away from the White House.

The choice of venue has angered some in the non-Orthodox Jewish community, including some of the organizations that make up the Conference of Presidents.

“This decision is tone deaf at best, naked sycophancy at worst,” Rabbi Rick Jacobs, the president of the Union for Reform Judaism, said to the Israeli newspaper Haaretz.

Jacobs, who leads America’s largest Jewish denomination, said that the umbrella organization for Jewish institutions should never have picked Trump’s hotel when Trump himself is still figuring out how to manage conflicts of interest between his business and his presidency. Jacobs recommended “one of the approximately 3,000 other possible locations in downtown Washington.”

But Malcolm Hoenlein, executive vice chairman of the Conference of Presidents, said Trump International Hotel is the best location for the party. “It was done purely on a pragmatic basis,” he said. “The reasoning behind it was nothing to do with the Trump name.”

The Azerbaijani Embassy is hosting the Dec. 14 party, with the Conference of Presidents as a co-host, and many of the 150 to 200 guests will also be attending a White House Hanukkah party that night, Hoenlein said.

The embassy started planning the party in the past two or three weeks, Hoenlein said, and the venues that they initially looked into – including the Hay-Adams hotel, which is just across Lafayette Square from the White House – could not accommodate them, Hoenlein said. The fact that the Conference of Presidents requires kosher food at the event also narrowed the list.

But people in the Jewish community have complained that by paying to rent space in the hotel, the organizations are supporting Trump. The president-elect has few fans in the community – 71 percent of Jews voted for Hillary Clinton last month, while 24 percent voted for Trump. And since the election, the Anti-Defamation League, Union for Reform Judaism and other major organizations have expressed alarm about Trump’s ties to top adviser Stephen K. Bannon and others linked to anti-Semitic websites and views.

The activist group IfNotNow said it will organize a protest of the Hanukkah event.

Hoenlein said he saw no problem with the Conference of Presidents paying for space in the Trump hotel for the party. “They think whatever amount of money, it’s going to support him?” he asked. “What are you going to do, boycott the next president of the United States in everything?”

He said the choice of venue was not meant to help the organization get in Trump’s good graces. “The idea that the president-elect even knows who rents a room for two hours, I think, is so far from reality.”

The other sponsor, the nation of Azerbaijan, is a Muslim country with ties to Israel – Azerbaijan recently helped Israel fight massive fires that forced 60,000 people to leave their homes late last month, and Israel has been criticized for selling arms to Azerbaijan.

At the Chanukah party, Hoenlein said, attendees will talk about the little-known history of Jews in Azerbaijan, who have lived there since Talmudic times.