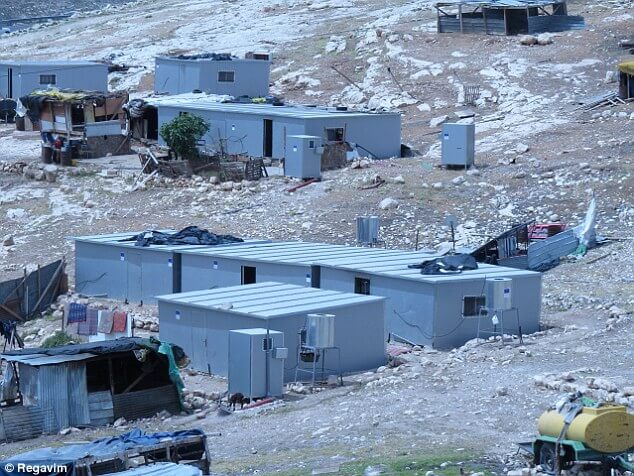 Regavim, the Israeli legal watchdog, slammed the U.S. State department spokesperson Elizabeth Trudeau after she described the demolition of an illegally built EU school in area of Maale Adumim as a move that “calls into question the Israeli Government’s commitment to a two-state solution” during a daily press briefing on April 1st. This comes after her colleague John Kirby condemned “settlement-related activity” and told reporters on March 4th that the US State Department “call into question the Israeli Government’s commitment to that two-state solution” after being asked to comment on a re-housing project in the Negev for Israeli-Bedouin squatters. Both questions were posed by the same Palestinian journalist, Said Arikat, the Washington Bureau Chief for the Al Quds daily and generated widespread and inaccurate anti-Israel coverage.

Ari Briggs, international director of Regavim commented:“ For the second time in less than a month, the U.S. State Department has chosen to repeat their go-to anti-Israel mantra, instead of researching the reality on the ground and responding appropriately. This blatantly ignorant and anti-Israel behavior empowers those bent on Israel’s destruction and is absolutely unacceptable. Israel, like any other country has the absolute right to demolish illegal structures built under their jurisdiction. The U.S. State Department should have been condemned the European Union for their blatant disregard of international law and attempts to unilaterally build a de-facto Palestinian State by creating illegal Palestinian facts on the ground.”

Regavim has challenged the European Union in court, after it revealed that they have built over 1,000 illegal structures for Palestinians across Area C of Judea and Samaria. According to the Oslo Accords, which were officially witnessed by members of the European Union, Area C is under full jurisdiction of the Israeli Government and all building must have their approval. In contrast, the Europeans have spent hundreds of millions of Euros to establish settlements, pave roads and dig illegal wells with no permits or consideration for land ownership or the environment.