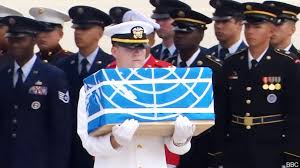 Nearly 70 years after dying during the Korean War, the remains of Army Cpl. Morris Meshulam arrived last Friday and were buried the following day in his home state of Indiana.

The US military used DNA to identify the remains.

His older sister and last surviving sibling, Rose Black, was with her family on the tarmac at Indianapolis International Airport as Meshulam’s casket was loaded off a plane.

According to the NBC affiliate WTHR, “She greeted her brother’s flag-draped casket with a kiss and a prayer.”

“She is doing what you might expect for a 91-year-old lady who is the last of her generation,” said Black’s son, Sam Goldstein. “The last time she saw her baby brother, he was 18 years old, and he died when he was 19.”

“For us, it’s bittersweet I would say. For us, who didn’t know him, it will be a relief this chapter in our family history will be closed and that we finally know what happened,” added Goldstein. “They coupled chest X-rays from back then with the chest bone remains and dental records and this history of the testimony of the prisoners of war. They know beyond a doubt the remains are my cousin’s.” 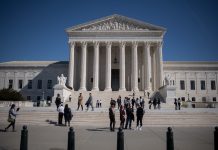