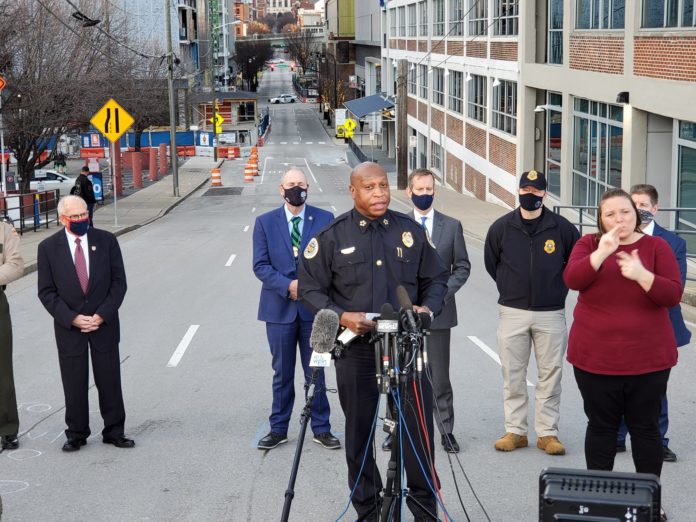 DNA tests conducted on human remains found in the wreckage of the Christmas Day bombing in Nashville match a 63-year-old man who had been identified as a person of interest in the investigation, law enforcement officials said on Sunday.

Officials said that the man, identified as Anthony Quinn Warner, died in the explosion.

“Anthony Warner is the bomber,” Donald Q. Cochran, the U.S. attorney for the Middle District of Tennessee, said at a news conference on Sunday afternoon. “He was present when the bomb went off and he perished in the bombing.”

Law enforcement officials said that there were no indications of anyone else being involved in the bombing, and the investigation continued into possible motives behind it.

Federal agents searched a home on Saturday belonging to Mr. Warner in Antioch, Tenn., roughly 11 miles from the site of the blast. Images of the same building from March and May 2019, captured on Google Street View, show an R.V. in the yard that appears similar to the one that the police say was detonated.

Mr. Warner had already been sought by investigators as a person of interest in the sprawling inquiry, which has included hundreds of federal agents and officers pursuing more than 500 leads since Friday.

Investigators found that Mr. Warner had recently given away a car he owned and told someone close to him that he had cancer, the official said, though it was not clear whether he truly did have cancer. Financial records show that Mr. Warner purchased components that may have been used in the bomb, the official said.
Mr. Warner’s employment history includes experience working with electronics, as an information technology specialist for Nashville-area businesses. Steve Fridrich, the president of one of those businesses, said that Mr. Warner sent an email to the firm on Dec. 5 saying that he was retiring.