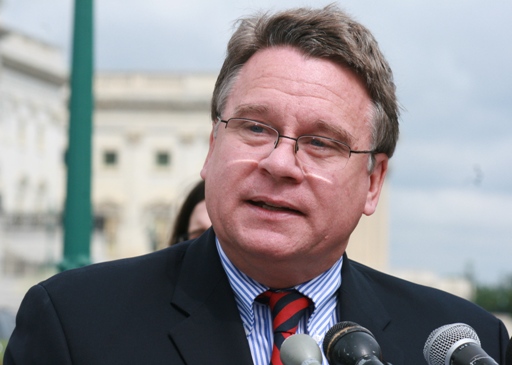 Rep. Chris Smith, R-N.J., says a relationship with China under a Biden-Harris administration would be “an utter disaster.”

“I think it would be a disaster under Biden. He is an accommodator. He’ll talk tough, maybe privately, but for eight years, we had a feckless policy of enabling,” Smith, the ranking member of the congressional executive commission on China, said Thursday during an appearance on Newsmax TV’s “Spicer & Co.”.

“Human rights was nowhere to be found, except in a mention on talking points, but there was no real connection with policy. Remember it was Bill Clinton who de-linked most favored nation status, which gives them good training opportunities for an exporting economy, with human rights. That’s after he famously linked it … one year later on a Friday afternoon after a newd cycle was pretty much over, he de-links, and that’s when they looked at us and said, ‘The only thing these guys care about in America is money.’ Now I believe in capitalism, I believe in profits, but it has to be principled.”