An August 6 opinion article by Dr. Joe Tuzara on Arutz Sheva (Israel National News) regarding Israel’s possible use of an electro-magnetic pulse (EMP) bomb against Iran has triggered a chain reaction, allegedly influencing U.S. intelligence sources who have since been quoted in several publications, including the New York Post. The latest in the chain of news outlets to quote the report is the London Sunday Times.

The intelligence sources reportedly believe that the Arutz Sheva article was more than an innocent op-ed by a physician, and that it “reflects official Israeli government thinking about a possible preemptive response to Iran’s expected emergence as a nuclear weapons state in the near future.” This, according to the Washington Free Beacon’s Bill Gertz, who reported on the U.S. intelligence agencies’ concerns August 29.

“It was the first time the issue of a nuclear EMP attack by Israel had appeared in a mainstream Israeli press outlet,” wrote the Beacon.

“If Israel chooses one of its Jericho III missiles to detonate a single EMP warhead at high altitude over north central Iran, there will be no blast or radiation effects on the ground,” Dr. Tuzara wrote in his original article. 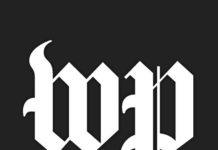 Photos: This Week at the Woodbourne Shul, Led by Rav Mordechai Jungreis of Nikolsburg