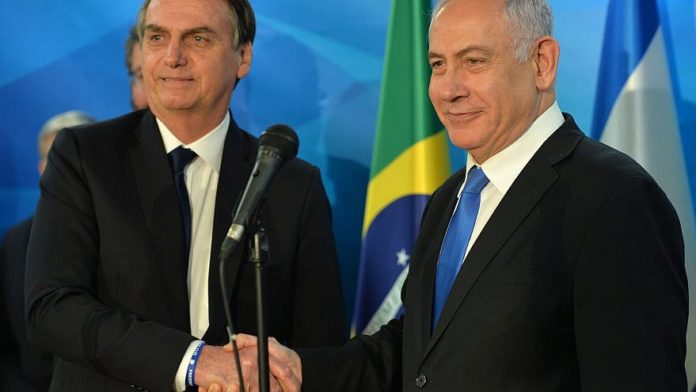 Brazil plans to open a trade mission in Yerushalayim later this month, with Brazilian President Jair Bolsonaro’s son, Eduardo Bolsonaro, scheduled to attend the Dec. 15 ceremony, according to Israeli officials.

Honduras is scheduled to open its embassy in Yerushalayim in the coming weeks, the officials added, according to a report in The Times of Israel.

Eduardo Bolsonaro, who is a big supporter of Israel, will meet with Israeli Prime Minister Benjamin Netanyahu, Israel’s President Reuven Rivlin, Knesset Speaker Yuli Edelstein and other senior officials, according to Modi Ephraim, who heads the Latin America Division at Israel’s Foreign Ministry, the report said.

The United States and Guatemala have moved their embassies to Jerusalem, and several other countries have trade offices in the city, including the Czech Republic and Australia.