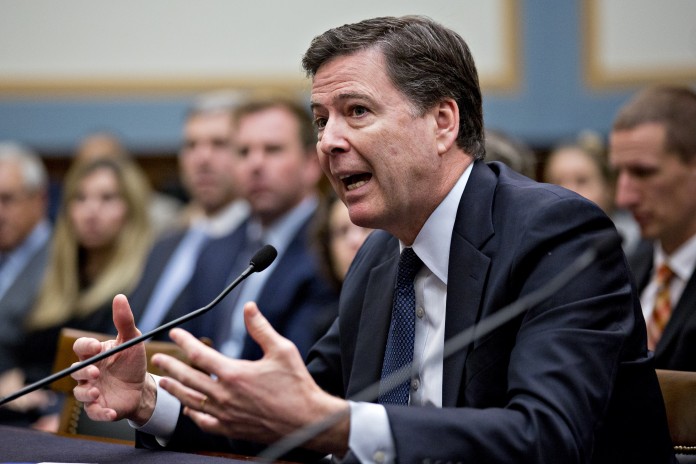 The New York Times and NBC News reported Sunday evening that FBI Director James Comey has asked the Justice Department to publicly rebuke President Donald Trump’s claim that President Obama ordered the tapping of Trump’s phones, insinuating that the Bureau broke the law. However, since his reported request, the Justice Department has not issued a statement and both the department as well as the FBI refused to comment on the Times report.

“A statement by the Justice Department or Mr. Comey refuting Mr. Trump’s allegations would be a remarkable rebuke of a sitting president,” the Times writes, “putting the nation’s top law enforcement officials in the position of questioning the truthfulness of the government’s top leader.” Read more at the NEW YORK TIMES.