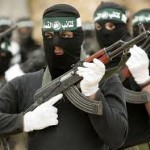 A growing number of Palestinians is fleeing the Gaza Strip for Israel, the Israeli news site NRG reported on Sunday.

The reason they are giving for their flight to the Jewish state is the oppressive rule of Hamas, according to the report.

The number of these Gazans attempting to make the move has steadily risen since Operation Protective Edge last summer, during which Israel fought a 50-day war against Hamas terrorists. When apprehended by Israeli authorities, these absconders tell interrogators about their poor living conditions and repressive Hamas regime.

Indeed, IDF interrogations have revealed that fear of Hamas leads them to infiltrate into Israel, even if it means going to prison — or being killed by security forces mistaking them for terrorists — if only to have three meals per day.

They also explained that since the establishment of Hamas’s administrative route near the border fence with Israel, which is guarded by Hamas fighters, they are forced to crawl under the fence, to avoid being caught and executed. They claimed, as well, that Hamas was acting to prevent the exit of Palestinians from Gaza into Israel, for fear they will become Israeli collaborators.