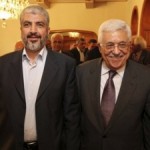 Indirect negotiations between Israel, Hamas and other Palestinian organizations were set to resume in Cairo this week, the London-based Arabic newspaper Asharq Al-Awsat reported.

Hamas and Palestinian factions are seeking a deep-water port and an international airport in Gaza. Additionally, the groups want Israel to disclose the identities of prisoners it is prepared to release in exchange for Israeli soldiers’ remains. Talks are scheduled to continue for about a month.

Palestinian Authority President Mahmoud Abbas, meanwhile, hoped to use the talks in Cairo to make headway in plans for Palestinian statehood, according to the report.

An Abbas associate told the newspaper, “The plan is being formulated with the head of Hamas’ political office, Khaled Mashaal.” It will include the Palestinians’ first appeal to the U.S. asking Washington to demarcate the future borders of the Palestinian state. Additionally, the PA will ask Israel to draw a map of its own borders.