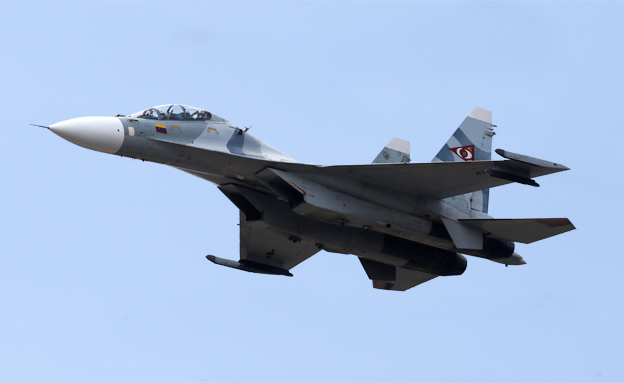 Western diplomatic sources told the newspaper the understanding stresses that Jerusalem not publicly take responsibility for the attacks in order to control regional blow-back.

Iraqi media reported that a weapons depot of the Popular Mobilization Forces was hit on Tuesday night. Israel has reportedly been behind bombings against Iranian targets in Iraq and Syria.

The head of an Iranian-backed Iraqi militia, Abu Mahdi al-Mohandes, claimed on Iraqi TV network Al Sumeria that the United States allowed Israeli aircraft to operate in Iraqi airspace to attack bases belonging to the militia.

“We have accurate and confirmed information that this year, the Americans allowed four Israeli drones [into Iraq] via Azerbaijan to work within the U.S. fleet to carry out sorties targeting Iraqi military headquarters,” said al-Mohandes.

Washington apparently gave Israel the “green light” as part of its plan to put maximum pressure on Iran.

It was reportedly done without affecting the U.S. military presence in Iraq. There was also the possibility of operational coordination between the United States and Israel, according to Western diplomatic sources.

Israel has carried out hundreds of airstrikes against Iran and Iranian-backed forces in Syria in recent years and there has been speculation that Israel may be now expanding its targeting of Iran into neighboring Iraq.

Asked about the strikes in Iraq by reporters, Israeli Prime Minister Benjamin Netanyahu said “Iran has no immunity, anywhere. … We will act—and currently are acting—against them, wherever it is necessary.”