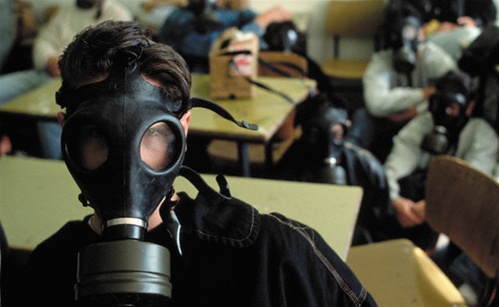 Breitbart reports that for decades, Israel has been purchasing gas masks from the same German suppliers that once supplied protective equipment to Nazi soldiers operating the gas chambers in Auschwitz and other death camps during the Holocaust.

The companies — Dräger and Auer (now owned by American firm MSA) — have been selling gas masks and filters to a number of Israeli government institutions since the 1967 Six Day War.

The decades-long relationship was exposed by the Yad Vashem Holocaust Memorial Museum in Yerushalayim in a recent study on the gas chambers at Auschwitz, and based on previous research of French Holocaust scholar and Auschwitz expert Jean-Claude Pressac.