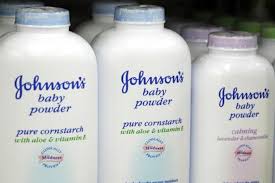 THE ROOT REPORTS: In a bombshell report, it’s been revealed that Johnson & Johnson knew for decades that their baby powder had occasionally tested positive for small amounts of asbestos.

That sound you hear is our collective jaws hitting the floor.

Reuters conducted an in-depth investigation, in which they examined decades worth of court documents and internal company memos, and discovered that Johnson & Johnson knew the talc in their products sometimes contained carcinogen from 1971 to the early 2000’s. This information was not disclosed to the public or anywhere outside of the company.

In a statement, Johnson & Johnson vehemently denied these claims and dismissed them as an “absurd conspiracy theory” that’s “one-sided, false and inflammatory.”

“Studies of more than 100,000 men and women show that talc does not cause cancer or asbestos-related disease. Thousands of independent tests by regulators and the world’s leading labs prove our baby powder has never contained asbestos,” the statement read.

As a result of these findings, Johnson & Johnson lost $39.8 billion in market value on Friday—its worst trading day in over 15 years.

But for those justifiably outraged, an outright boycott could prove difficult. As Johnson & Johnson has ownership stakes in brands such as Tylenol, Aveeno, and Band-Aid, in addition to assets in the pharmaceutical and medical device industries.

This revelation serves as the latest blow to the embattled company, which has faced its fair share of turmoil as of late.

In 2017, a California woman was awarded $417 million from Johnson & Johnson after she filed a lawsuit claiming the company’s baby powder gave her ovarian cancer. However, the ruling was eventually reversed after a judge ruled that Johnson & Johnson had no obligation to warn her that their products could cause the disease.

Additionally, earlier this year a jury in St. Louis awarded nearly $4.7 billion to 22 women who sued the company for the same reason. Joining over 9,000 other women who haven taken Johnson & Johnson to court over similar claims.