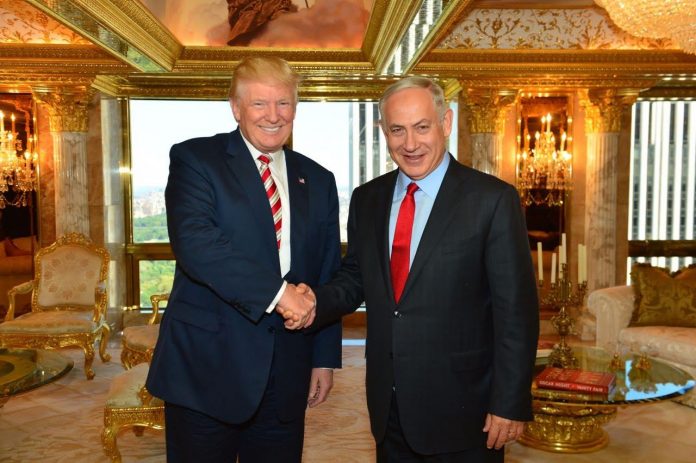 Israeli Prime Minister Bibi Netanyahu “elegantly declined” an invitation to meet with US President-elect Donald Trump before he is sworn into office on Jan. 20, the Hebrew news site Walla reports.

According to the report — which cited two senior Israeli government officials — the invitation was proffered during a phone call between Trump and Netanyahu the day after the Republican’s poll-defying victory over Democratic opponent Hillary Clinton in last week’s presidential election.

Trump, the officials said, suggested Netanyahu come “as soon as possible” to meet with him in New York City and the Israeli leader replied he would be happy to do so.

However, after checking protocol, Netanyahu “elegantly declined Trump’s invitation to avoid an embarrassment for [outgoing President Barack] Obama,” the report quoted associates of the prime minister as saying.

“There is only one president at a time, you can’t work in tandem,” a senior Israeli diplomatic official was quoted by Walla as saying. “Until Jan. 20, Obama is still in the White House and we must maintain all the rules of protocol with him.”

Obama was famously miffed after Netanyahu traveled to the US in March 2015 to address Congress on the Iran nuclear deal without the consent of the White House.

A statement released by Netanyahu’s office after last week’s call with Trump said:

While in New York City in September for the UN General Assembly, Netanyahu met with both Trump and Clinton.

Speaking to a large gathering of US Jews on Tuesday, Netanyahu said he was looking forward to working with Trump and his administration to advance the “twin interests of peace and security.”

“I, for one, find great encouragement in the fact that there is this continuity in bipartisan friendship across administrations,” Netanyahu said via video feed from Jerusalem to attendees at the closing plenary of the Jewish Federations of North America’s General Assembly in Washington, DC.