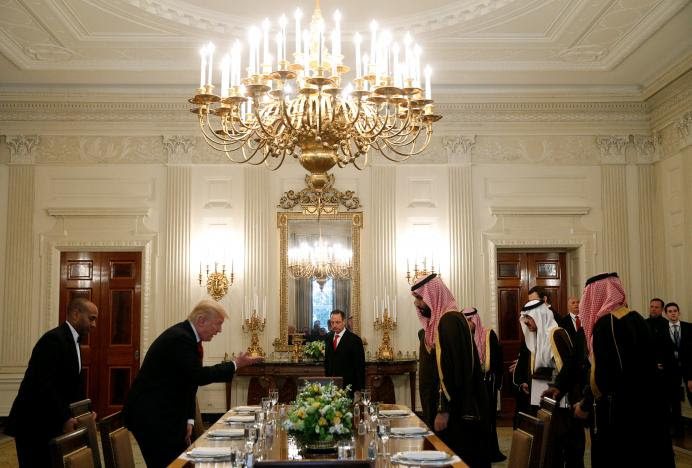 The meeting on Tuesday appeared to signal a meeting of the minds on many issues between Trump and Prince Mohammed, in a marked difference from Riyadh’s often fraught relationship with the Obama administration, especially in the wake of the 2015 Iran nuclear deal.

“This meeting is considered a historical turning point in relations between both countries and which had passed through a period of divergence of views on many issues,” a senior adviser to Prince Mohammed said in a statement. Read more.