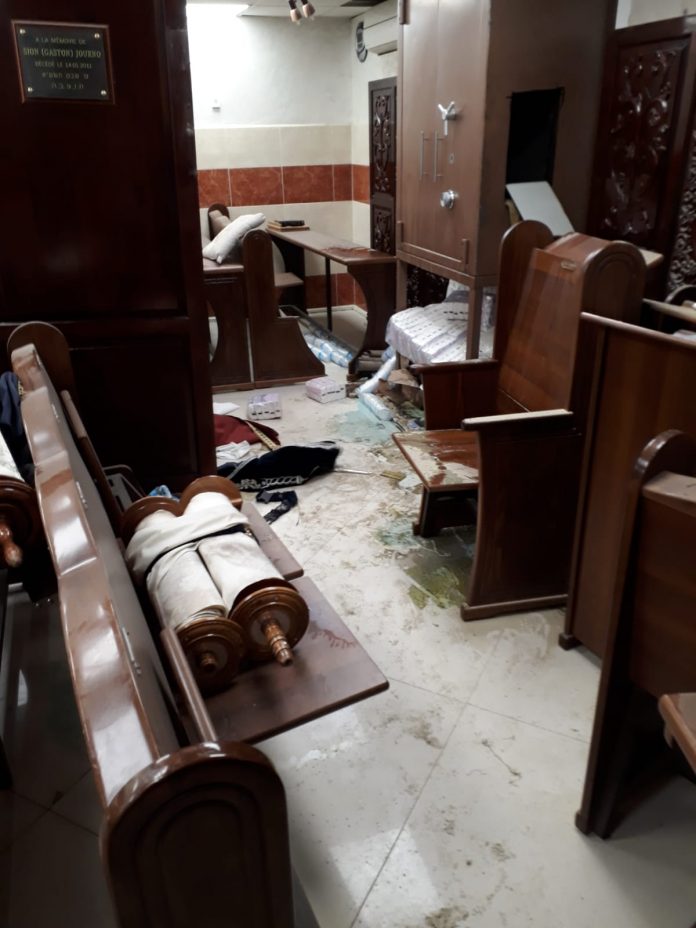 Police arrested three Arabs on suspicion of breaking into the Siach Yisroel shul  in Kiryat Yovel in Yerushalayim, damaging the sifrei Torahwith  acid and wrecking the Aron Hakodesh.

According to the police report, the attack was not antisemitic but rather a burglary. The three criminals broke into the Ahron Kodesh believing there was money in there and poured acid on the sifrei Torah to get rid of their fingerprints.

The burglars also poured bleach wherever they touched – even in a window outside, after leaving the shul, in order to blur their fingerprints. A window that was broken from the inside was used by the burglars to escape after the main door wouldn’t reopen.