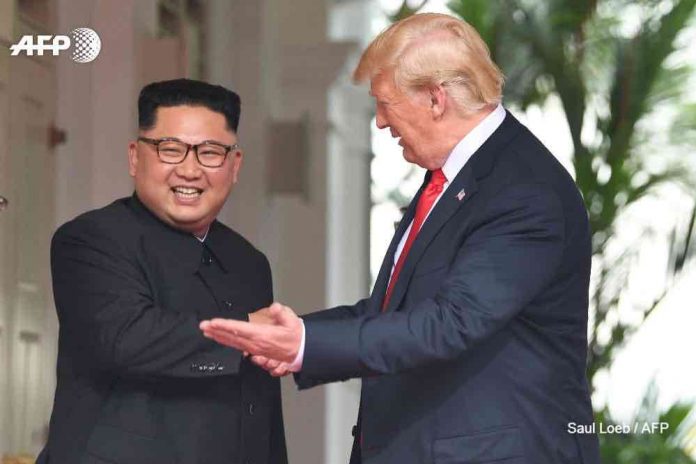 Kim Jong Un could be on his way to New York City. A report from Axios, citing unnamed U.S. government officials, states that President Trump could dangle the prospect of a second meeting with the North Korean leader in his own hometown this September as a reward for taking steps toward denuclearization.

The proposed trip would coincide with the U.N. General Assembly, which would make Kim one of scores of world leaders in the city at the same time and would give North Korea an unprecedented diplomatic opportunity to wine and dine with administrations from around the globe. However, the officials said Kim would have to make sufficient progress on disarming to receive the golden ticket—and reports Monday that North Korea is still building its ballistic missile site have thrown doubt on how committed Pyongyang is to peace. Read more at Axios.